The aim of this post is to present a national perspective on the functioning of the European Competition Network (ECN) introduced by Regulation 1/2003. I would like to focus on some of the features to come forth with a positive impact on substantive law, despite the fact that it caused decentralisation of enforcement and what is worth mentioning that national rules on procedures and sanctions remained heterogeneous.

To start with, the ECN consists of the European Commission – the main player – and national competition authorities (NCAs). The structure of the ECN is comprised of eleven working groups and nine sectoral subgroups.

The most important forum is a meeting of Directors General of the ECN members. Their aims are to discuss policy issues. The other significant forum is the so-called Plenary meeting. Its aim is to review the work of the working groups of the ECN and to adopt common policies. There are also horizontal working groups such as Advocacy, Communication, Cooperation Issues and Due Process, Cartels, Digital, Fines, Horizontal & Abuse, Merger, Verticals, Chief Economist, and FIT. Sectoral subgroups concern particular sectors such as Banking and Payments, Energy, Food, Healthcare and Pharma, Telecoms, Environment, Insurance, Media and Sport. It must be stressed that the ‘Cooperation Issues and Due Process Working Group’ is a substantial group due to the fact that the activity of the group includes comparative law studies whereas the aim of the rest of the groups and subgroups is to exchange information i.a. about the market, its structure, national laws, market studies and new crucial decisions of the NCAs in particular. It must be admitted at this point that officials of NCAs can gain new valuable knowledge during the aforementioned meetings.

The Cooperation in Practice

The core source of law that regulates the cooperation between members of the ECN is Regulation 1/2003 which was a landmark reform. It imposes obligations on NCAs and the Commission to cooperate closely with one another. The cooperation between NCAs and the Commission includes sending notifications of new cases. This enables the NCAs to detect cases investigated under the Treaty and cooperate from the very beginning. Next, the NCA should inform the Commission about the envisaged decision before it is issued. In 2010-2017, the Polish NCA notified the ECN of 8 cases investigated under the provisions of the Treaty and it informed the Commission about 6 envisaged decisions. In 2018, UOKiK notified the ECN of 5 cases. When it comes to the Polish NCA, it consults the European Commission through the ECN about cases and it always follows the European Commission’s recommendations. In practical terms, DG Competition always brings awareness to crucial aspects of an envisaged decision. As an example, UOKiK changed one of the envisaged decisions concerning the telecommunications sector after having consulted with the Commission officials.

According to the Regulation, NCAs may consult the European Commission on any case conducted under Union law. The Polish NCA exercises its right to discuss legal interpretation, facts or evidence with the European Commission when it handles a given case in which some questions of a legal nature may arise. Such consultation may lead to proper interpretation, application and consistency of the (case) law.

The Regulation also gives NCAs the power to carry out inspections or other fact-finding​ measures on behalf of NCAs of other Member States. Not only may the Commission request an NCA to assist it in carrying out a dawn raid but it may also ask it to carry out an inspection on its behalf. In June 2018, Commission officials carried out dawn raids in several Member States at the premises of companies active in styrene monomer purchasing. The European Commission was accompanied by its counterparts from the NCAs. Such assistance is efficient and makes the inspections faster and more successful, because of the language skills of national officials and their knowledge of national procedures since the investigation is conducted under national law.

In order for the ECN to function effectively, NCAs and the Commission exchange information between themselves. Besides the formal exchange of information and evidence, informal requests for information (RFI) are used by the NCAs as well. In 2018, UOKiK received 60 RFIs concerning inter alia Polish law, decisions of UOKiK, and the structure of markets. What is more, UOKiK sent more than 7 RFIs. This is a vital scope of activity of the ECN. NCAs send RFIs in particular when they conduct proceedings and encounter dilemmas of a legal nature concerning, for instance,​ a new practice which may infringe competition rules or when considering the relevant market on a given market. Recently the Dutch NCA used one of the Polish cases in the reasoning of a decision. Due to such exchange of information, all the decisions of NCAs can be issued in the same way so it ensures consistency of decisions in all Member States.

There is also the Advisory Committee which acts as a forum for discussion. The Commission consults the Committee before issuing decisions. The representative of the Commission runs the meeting and one of the members of the Committee (designated by one of the NCAs) plays the role of a rapporteur. When it comes to the Polish NCA, Polish officials take part in the Advisory Committee on a regular basis and are designated to be a rapporteur.

Taking everything into account, the NCAs are active participants in the network and follow the rules on cooperation which is of great importance for the functioning of the ECN. It must be stressed that the ECN was not only set up to enforce EU competition rules. It also plays a crucial role in developing a so-called ‘EU competition culture’ by sharing knowledge and experience within the network through participation in working groups of the ECN. As it enables the exchange of knowledge, information and opinions on legal issues, the ECN serves as the platform for exchanging alternative legal solutions. As far as UOKiK is concerned, the participation in the ECN working groups is crucial for its employees. The Polish authority finds the ECN useful and helpful as a forum for learning from the more experienced authorities. To sum up, the way the European Competition Network functions should be assessed as positive as the application of competition law remains consistent in EU Member States. 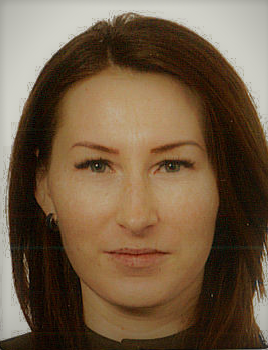 Marta Kajda
Marta Kajda is a Senior Expert at the Office of Competition and Consumer Protection in Poland.

Marta Kajda is a Senior Expert at the Office of Competition and Consumer Protection in Poland. View all posts by Marta Kajda