Ensuring effective judicial protection appears to be a challenge in the case of the increasingly integrated administrative procedures. The judicial powers are generally more strictly divided between the EU and the national level, while composite procedures may require a more integrated judicial control. Is the Court of Justice of the EU (CJEU) moving into this direction in the recent case of Berlusconi by confirming its exclusive competence to review non-binding national preparatory measures that are part of an EU decision-making process? The ruling clarifies the CJEU’s jurisdiction and avoids a strict separation of the EU and the national level, but it remains to be seen if it serves as an actual next step towards integrated judicial protection. Just how the CJEU can review the national part of the procedure is still unclear, as are the types of preparatory measures to be covered. It seems to nevertheless be a welcome step towards clarifying judicial protection in the case of composite procedures.

The ECB opposed the acquisition by Berlusconi and Fininvest of the qualifying holding in Banca Mediolanum. It found that the acquirers did not meet the criteria against which a proposed acquisition is assessed. In accordance with the applicable procedures, the ECB’s decision was preceded by a draft decision of the national authority involved, i.e. Banca d’Italia.

Berlusconi and Fininvest brought, inter alia, an action before the Consiglio di Stato (Italian Council of State), claiming that the preparatory measures of Banco d’Italia were void. During this procedure, the Consiglio di Stato requested a preliminary ruling from the CJEU. It asked whether the CJEU or national courts have jurisdiction in the case of actions challenging non-binding measures adopted by national authorities in the procedure for assessing acquisitions of qualifying holdings (paragraph 39).

The CJEU concluded that the ECB is not bound by the national draft decision and has exclusive competence to decide whether or not to oppose the proposed acquisition. Accordingly, the CJEU is exclusively competent to review the final ECB decision as well as the preparatory measures leading to that decision. Thus, whereas in previous cases the CJEU obliged national courts to ensure judicial protection in case of binding national measures, even when part of an EU procedure, it now explicitly precludes them from reviewing the legality of non-binding national preparatory measures.

The CJEU explained that the division of jurisdiction between the CJEU and national courts depends on the kind of involvement of national authorities in the course of an EU decision-making procedure. Where the EU authority maintains the exclusive decision-making power and cannot be bound by the national preparatory acts, the involvement of the national authority cannot affect the classification of the EU decision as an EU act (Sweden v Commission). For such a decision-making process to be effective, a single judicial review, conducted by the CJEU alone, would be required. If any national remedies exist alongside the action before the CJEU, the risk of divergent assessments in one and the same procedure would not be ruled out. It could compromise the CJEU’s exclusive jurisdiction on the legality of the final EU decision and would thus be unacceptable. This is contrary to a situation in which EU law aims to establish a division between two powers. In such a case, where the EU institution has only a limited or no discretion so that the national act is binding on the EU institution, it is up to the national court to review the national act. Any irregularity that might affect the national measure cannot affect the validity of the EU measure (Borelli).

How can the CJEU review the national measure?

The CJEU has previously accepted that an applicant may rely on circumstances affecting the legality of a decision, even when such circumstances related to the conduct of an authority other than the defendant authority (Austria v Council). In that specific case, however, both the preparatory phase and final decision took place at an EU level, thus the CJEU was competent to review measures of both authorities involved. In the current case, the circumstances that may affect the legality of the ECB decision relate to the involvement of a national authority. As discussed by Brito Bastos, the CJEU only accepts that irregularities on a national level may also affect the validity of a final EU measure in very specific circumstances. Even so, the CJEU merely holds the EU institution responsible for the conduct of the national authority involved instead of reviewing the national measure. For instance, in Sweden v Commission, the CJEU held the EU institution responsible for providing reasons for a decision to refuse access to a document, even if it was based on a national objection. Thus, although the CJEU was exclusively competent, it did not actually need to review the conduct of the national authority involved. In the Berlusconi case, the CJEU states that it shall also determine, as an incidental matter, whether the preparatory national act is vitiated by defects that may affect the validity of the ECB’s decision. The logical following question then is “how?”.

If the situation is reversed, and a national decision is preceded by EU preparatory measures, then the preliminary procedure becomes an important tool for ensuring judicial review of the EU acts (cf. Opinion of AG; UPA). In bottom-up procedures such as the Berlusconi case at hand, the CJEU has no formal tools for requesting an opinion from a national court about the validity of the national measures. The CJEU may reason that the national authority, when implementing EU law and assisting the ECB in carrying out its exclusive tasks of prudential banking supervision, is subject to EU standards only. The national context, still relevant as a result of the banking rules laid down in directives, and its explicit references in the SSM Regulation, is ignored in such case. National rules may still determine some of the procedures, supervisory powers and substantive norms due to the room left for national differences under the directives. Ignoring the national context thus seems unacceptable. However, taking the national context into consideration would imply that the CJEU must review the national preparatory measures on the basis of national standards. The CJEU’s ability to review the national measure as it would an EU measure is debatable, due to the lack of sufficient knowledge of the relevant national legal system and the related national laws. Moreover, would the uniformity of national laws not be at stake when the CJEU also interprets and applies them? Both alternatives have their merits and demerits. It will be interesting to see how the matter is handled by the CJEU.

Which preparatory measures are covered by the ruling?

The CJEU speaks in its ruling about “involvement” or “act” of national authorities in the course of an EU procedure. In this particular case, it concerns a national preparatory measure addressed to the ECB. Does the ruling also relate to preparatory measures not directly addressed to an EU institution? Would national courts be prohibited from reviewing national preparatory measures such as gathering and establishing information, which would probably be done quite regularly by national supervisors acting as member of a Joint Supervisory Team (Article 3 of the SSM Framework Regulation)? It would significantly reduce the differences between member states for the reviewability of national acts. Such a broad interpretation, however, is debatable. The risk of divergent opinions seems less likely in case of a separate review by national courts of measures that merely serve as general input for a final EU decision. A ruling on the legality of such input may indirectly affect the legality of an EU decision (Greenpeace), but would not require taking a stance on the subject of the case. In accordance with IBM, a decision to request information could probably thus still be separately subject to review, even when it concerns input for an EU decision, and reviewed by a national court.

Apparently, the CJEU applied the IBM case law to composite procedures, only leaving out the way in which it would execute the review of the national part of the procedure. Although this seems to be the only path to ensuring effective judicial protection, it does not solve all issues. Next steps from the CJEU have to show if it is indeed moving towards a more integrated judicial control. 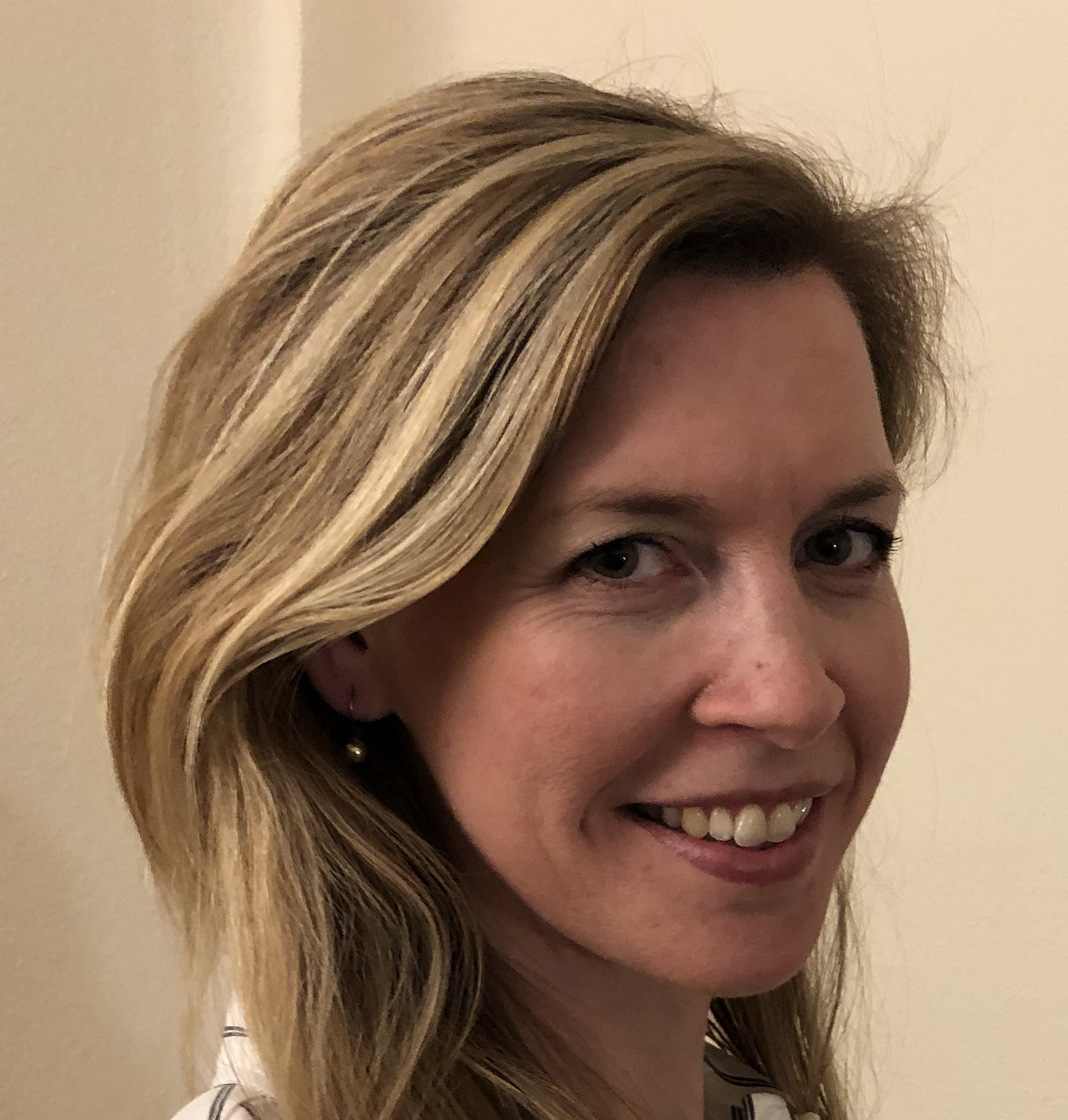 Laura Wissink is an external PhD Candidate of Utrecht University. Her research focuses on judicial protection in shared administrations. View all posts by Laura Wissink