The lion’s share of antitrust agencies’ actions is the enforcement of policies that ensure compliance and deter market players to engage in anticompetitive practices. However, credibility of competition authorities is hindered when agencies fail to enforce policies successfully. A source of ‘failed’ enforcement policies is found in judicial appeal cases against regulatory decisions, which can delay for years the effective implementation of a sanction or can even rule out the enforcement decision of an agency. Why do regulatory agencies fail to comply with legal standards in the process of enforcing the law? Answering this question can lead us to look up into different places, such as courtrooms, texts of legislation or the market structures of the economic sectors under supervision. Nevertheless, what if we look straight into the core decision-making structure of competition agencies?

Public management literature could provide us with an alternative explanation of why agencies fall into unlawful behavior. Recent advances within the study of executive politics have developed the notion of ‘blind spots’ and attention biases of bureaucracies, which refer to the non-evident weaknesses associated to the decision-making structure of an organization. This scholarship explains the causes of policy failures and poor implementation as a result of biases in organizational attention, embedded in the decision-making processes of public offices. In this sense, the notion of a ‘blind spot’ is defined as the unknown inability to detect and process potentially critical information that might be fundamental to prevent poor policy implementation, generally caused by structural and institutional features of organizations. To illustrate this idea, I now recall an iconic antitrust law case from 2007, where the recently created Spanish National Competition Commission (CNC) imposed the highest antitrust fine ever implemented in Spain to that date, triggering a decade of litigation in courts, which only ended after the Spanish Supreme Tribunal issued a final ruling favorable for the CNC.

After few months of starting operations in 2007, the CNC acted ex-officio to investigate six insurance companies allegedly involved in a price fixing cartel in the Spanish construction insurance market, imposing the firms a fine of €120 million in 2009. However, the story was far from over. It took six more years of litigation where the CNC had to defend its decision in courts of appeal against allegations of insufficient evidence to prove that the insurers engaged in anticompetitive conduct. The CNC finally claimed victory after a favorable ruling issued by the Supreme Court in 2015, defeating four out of the six firms involved in the cartel (a last attempt of three firms to appeal against the amount of the fine was dismissed by the Spanish High Court in 2018). Despite the triumph for the law enforcers, there were costs associated to a decade of litigation, such as economic resources, political pressures and reputational doubts about the motivations, lawfulness a​nd accuracy of the agency. Much has been argued by legal scholars about how the fate of the CNC’s enforcement decision was highly dependent on the judges’ rationale to assess the legality of CNC’s antitrust decisions. However little has been said about how the nature and organizational features of the CNC might have played an important role that led to a difficult time for the agency’s quest to enforce the law.

The agency’s ‘blind spots’: not seeing the not seeing

Could all of these years of litigation have been prevented? What type of ‘blind spots’ was the CNC exposed to when deciding to impose such a fine? Two theoretical ‘blind spots’ might give us a hint and point out what could have gone wrong with the CNC’s decision: the imperious immediacy of interests that mediate an organization’s priorities and the standard operating procedures that drive the performance of bureaucracies. These two theoretical sources of ‘blind spots’ can be detected in our Spanish antitrust case, if we consider the attributions and context under which the CNC’s decision was taken.

A crucial aspect of the CNC’s decision-making process allows us to verify the presence of the imperious immediacy of interest blind spot. The CNC’s decision to act was ex-officio, motivated by an article published in a specialized construction magazine, where the possible existence of a cartel was pre-conceived by the Agency. This might have influenced the choice to act swiftly, and construct a case aiming to gain reputation ​as an active advocate of competition law, but unaware of the possible side effects, such as 10 years o​f litigation or losing the battle in courts. Acting swiftly and ex-officio is an example of the urge to address short-term, seemingly urgent problems leading to neglect, if not direct attenuation, of more long term problems.

Furthermore an example of the standard operating procedures blind spot in our case is the omitted ‘red light’ signaled by the particular vote of one of the CNC’s Council members. In his particular vote, the council member expressed his discrepancy with the Council’s decision to proceed with the imposition of the fine, warning that the High Court and the Supreme Court had constantly reviewed previous decisions of the agency with the similar argumentative structure. This ‘blind spot’ might have been triggered by the theoretical notion of “worldviews shared by professional practices” which provide implicit assumptions that filter out ‘important’ from ‘unimportant’ information to make decisions (in other words, affirming the “not seeing”). The discrepancy of the council member might appear like a lucky coincidence that justifies the argument of the blind spot argued in this text; however, this is confirmed by a consequent opinion issued by the Supreme Tribunal in the same year (2015). The opinion clarified that the procedures followed by the CNC to estimate the amount of fines in several antitrust cases “breached the requirements of the constitutional principles of legal description of sanctions and of proportionality”. It was not only once that the agency followed a ‘standard’ to operate; it was a systematic pattern of decision-making.

How to deal with the blind spots of bureaucracies? Overcoming perceptive selection, policy impact assessment and accounting for behavioral insights are among the possible strategies that competition agencies could adapt to understand and identify sources of attention biases that trigger blind spots. Accounting for blind spots can be a relevant approach for regulators to understand and prevent causes of potential implementation failures. The lesson is to encourage regulators to be tough and decided, but at the same time look up for mechanisms to detect possible sources of weaknesses underlying in the organizational decision-making processes. 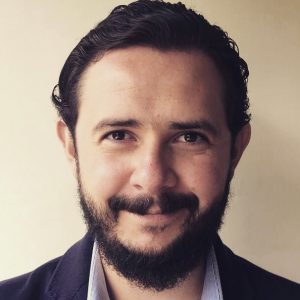 Luis Mejia
Luis E. Mejia is a PhD Candidate at the Hertie School of Governance.

Luis E. Mejia is a PhD Candidate at the Hertie School of Governance. View all posts by Luis Mejia