Since roughly 2002 the surrender of persons for the purposes of conducting a criminal prosecution or executing a custodial sentence or detention order takes place no longer on the basis of extradition treaties in the EU. It takes place on the basis of Council Framework Decision 2002/584/JHA on the European arrest warrant and the surrender procedures between Member States. One of the main advantages of surrender by means of a European arrest warrant (EAW) over traditional extradition proceedings as a means to transfer persons fleeing justice, is that it takes place between Member States’ judicial rather than political authorities. The EAW was put in place with the explicit purpose of depoliticising and accelerating the transfer of persons escaping the arm of the law from one EU Member State to another.

The EAW operates on the principle of mutual recognition. This means that an executing judicial authority is, in principle, under an obligation to execute an EAW for crimes listed in the Decision, such as rape or computer-related crime. This obligation extends only to the listed offences if they are punishable in the issuing Member State by a prison sentence for a maximum period of at least three years, unless one of the exhaustively listed non-execution grounds applies. This means that for the listed offences, an executing judicial authority can no longer refuse to surrender a person if the offence for which surrender is requested does not constitute an offence in the executing Member State (the so-called double criminality requirement, prevalent in traditional extradition). For offences not listed in the Decision, surrender may be subject to the condition of double criminality.

The European Commission regards the Council Framework Decision on the EAW as a success. Statistics show that the EAW has not only shortened average surrender time, but has also reinforced the free movement of persons within the EU “by providing a more efficient mechanism to ensure that open borders are not exploited by those seeking to evade justice”.

Notwithstanding its success, the EAW has come under siege in recent years. Criticism by academics, national judges and lawyers is lodged mainly against the largely standardised and pro forma nature of the procedure, the lack of discretion for executing judges, and the almost unquestionable trust these judges are required to have in other Member States’ legal systems. These criticisms, though not without merit, have the potential of affecting the principles of mutual recognition and mutual trust underlying one of the flagships of European law enforcement cooperation. An illustrative example in that respect is that of the surrender decision of the recently deposed Catalan leader Puigdemont with which a Brussels court was faced. While the Spanish supreme court’s decision to withdraw the EAW puts the possible surrender of Puigdemont to bed, it does show potential negative implications for the principle of mutual trust on which EU enforcement cooperation is grounded.

The European arrest warrant: Room for Non-Surrender in the Catalan Case?

In October 2017 Catalonia’s (ex-)president Puigdemont and four of his cabinet’s ministers left the autonomous community’s battleground and made way for Belgium to plead for a more independent Catalonia. EU institutions and leaders kept aloof from the matter and maintained it to be solely a Spanish affair. The choice for Belgium, and Brussels in particular, was far from accidental: Brussels embodies the heart of the European Union and served as a platform to evoke a European reaction regarding the referendum on Catalan independence, deemed unlawful by Madrid, and the resulting suspension of Catalan self-government by Spain’s central command.

In the beginning of November, the Spanish supreme court issued a European arrest warrant for Puigdemont and his ministers for purposes of prosecution on grounds of misuse of public funds, sedition and rebellion in relation to Catalonia’s call for independence. After turning themselves in on November 5th, the Brussels court – prior to deciding on the execution of the arrest warrant – ruled that Puigdemont and his ministers were to be provisionally released pending the court’s execution decision. After the Brussels court had postponed its execution decision twice, the Spanish supreme court announced that it would withdraw the EAW after which the Brussels Court decided on the 14th of December to formally close the surrender proceedings.

Had the Spanish court not withdrawn its arrest warrant, a number of obstacles could have led to non-surrender by the Brussels court. A first obstacle is that none of the offences for which the Catalan politicians in question were to be prosecuted (sedition, misuse of public funds, and rebellion) are listed in the Framework Decision. As a result, the executing Belgian judicial authority could have subjected surrender to the requirement of double criminality, meaning that it could refuse to surrender Puigdemont if the offences for which he is to be prosecuted in Spain are not considered offences under Belgian law. Spanish supreme court judge Pablo Llarena confirmed this point in an interview given to The New York Times in which he asserted that the act of rebellion, for which a penalty of up to thirty years of imprisonment could be imposed under Spanish law, does not have an equivalent under Belgian criminal law.

Second, in addition to the absence of double criminality, Puigdemont pleaded that if he was to be surrendered, there would be no possibility of him getting a fair and independent trial due to the pressure exerted by politics over the judiciary in Spain. While a breach of fundamental rights is not part of the exhaustively listed grounds to refuse surrender, the Framework Decision does proclaim in article 1(3) that it does not have the effect of modifying the obligation to respect fundamental rights and fundamental legal principles.

In 2016 the European Court of Justice rendered its seminal Aranyosi and Căldăraru-decision. The Court of Justice interpreted article 1(3) and determined that a surrender procedure can be postponed. An executing judicial authority may only postpone in case there are substantial grounds to believe that the individual concerned by a EAW will be exposed, because of the conditions for his detention in the issuing Member State, to a real risk of inhuman or degrading treatment in the event of his surrender to that Member State. If the executing judicial authority, after having received supplementary information on detention conditions, cannot discount the existence of that risk, the executing judicial authority must decide whether the surrender procedure should be brought to an end. The Court of Justice has thus far refrained from expanding on its Aranyosi and Căldăraru decision and, for that reason, it remains unclear whether surrender proceedings can be terminated in case non-absolute fundamental rights (such as the right to a fair trial) are at stake. In its 2013 Radu-decision a Romanian court asked the Court of Justice whether surrender could be refused if the person in question was not heard (a fair trial right) before a court issued a EAW. While the Court of Justice did not engage in the substance of the question, Advocate-General Sharpston argued in her opinion that “there can be no assumption that, simply because the transfer of the requested person is requested by another Member State, that person’s human rights will automatically be guaranteed on his arrival there”.

Last, the Framework Decision on the EAW states that nothing in the Decision may be interpreted as prohibiting refusal to surrender a person when there are reasons to believe, on the basis of objective elements, that the warrant has been issued for the purpose of prosecuting or punishing a person on the grounds of inter alia his political opinion, or that that person’s position may be prejudiced for any of these reasons.

In short, it seems at the very least unclear whether the executing Brussels court would have agreed to surrender Puigdemont and the cabinet ministers accompanying him and that, if this were so, EU law would grant the court reasons for doing so.

Implications for the principle of mutual trust

If the Spanish supreme court had not withdrawn its EAW, the Brussels court would have been obliged by EU law to render a decision on Puigdemont’s surrender. As shown above, the Brussels court could decide – and not without reason – not to execute the warrant. Belgium’s decision not to surrender Puigdemont and his ministers for fear of an unfair trial in Spain would be a display of a breach of trust. By not surrendering, Belgium would adjudge on a set of facts – including possible past and future fundamental rights violation – wholly within Spanish borders. This would directly affect the principle of mutual trust underlying the EAW which holds that each Member State is to consider all other Member States to comply with EU law and with the fundamental rights. In the case of Puigdemont this could have, in the words of Puigdemont’s lawyer Mr. Bekaert, led to “a huge slap in the face if the judiciary of another European country had said that Spain’s judiciary doesn’t guarantee a fair trial”.

Such a proverbial “slap in the face” would of course affect Spanish-Belgian relations, but would also Europeanise the Catalan crisis by touching upon the heart of European cooperation: the principle of mutual trust. Where a principle of such “fundamental importance in EU law” is at stake, the EU’s hand would be forced and a reaction would have to ensue. Had there been no withdrawal by the Spanish supreme court, the EU leaders – which thus far remained silent – would have to get involved in a matter internal to Spain. 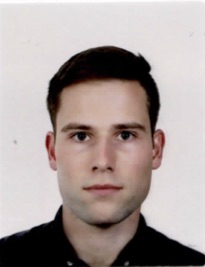 Koen BovendEerdt
Koen Bovend’Eerdt is a PhD candidate at the Willem Pompe Institute for Criminal Law and Criminology at Utrecht University’s School of Law. His PhD research project is funded by the Dutch Council for Scientific Research (NWO) under the 'vidi' grant of Prof. M. Luchtman.

Koen Bovend’Eerdt is a PhD candidate at the Willem Pompe Institute for Criminal Law and Criminology at Utrecht University’s School of Law. His PhD research project is funded by the Dutch Council for Scientific Research (NWO) under the 'vidi' grant of Prof. M. Luchtman. View all posts by Koen BovendEerdt