This blog post is a follow up to the preliminary outcomes of the international conference “European Union Law Enforcement: The Evolution of Sanctioning Powers”, organised by the Law Department of the University of Turin on 28 and 29 March 2019. The post is also intended to provide an overview of the main contents of the forthcoming publication of the proceedings of the conference (Eds Stefano Montaldo, Francesco Costamagna and Alberto Miglio, European Union Law Enforcement: The Evolution of Sanctioning Powers, Routledge – book series Routledge Research in EU Law – early 2020). Building on the conference, the book presents the state of the art of EU sanctioning powers and discusses paths converging towards its centralisation – at various degrees of intensity depending on the area of EU competence involved – in the hands of European institutions and bodies.

Historically, EU sanctioning powers have been perceived as weak. As then Advocate General Tesauro pointed out in 1992, the limited power to issue sanctions conferred to the European Community for the breaches of EC law – for instance in the framework of infringement proceedings – was considered a source of shortcomings. (G. Tesauro, “La sanction des infractions au droit communautaire”, General Report, FIDE Report 1992). This lack of powers was mainly due to three factors. Firstly, in line with the vertical division of competences between the Community and the Member States, few legal bases in the original version of the Treaty (notably Arts 85 ff concerning competition rules applicable to companies) were deemed to endow the Community with sanctioning powers. Secondly, the Member States were unwilling to strengthen the enforcement powers of Community institutions, since enforcement of Community policies through sanctions was still perceived as a primary and almost exclusive task of the national authorities. Thirdly, the European institutions were themselves focused on developing the Community legal order and policies rather than on securing the implementation of relevant legislation at the domestic level (M. Poelemans, La sanction dans l’ordre juridique communautaire, Bruylant, 2005).

This situation has progressively changed over the years. On the one hand, the enforcement – and more specifically sanctioning – powers of traditional actors have been strengthened. Besides the key-example of sanctions against Member States in the context of infringement proceedings, the EU institutions have acquired the power to punish breaches of European law in a variety of sectoral domains, such as environmental law, the banking union and foreign policy. On the other hand, new institutional actors have emerged: in particular, a variety of agencies has been or is expected to be endowed with remarkable law enforcement responsibilities. Lastly, European institutions have increasingly placed the implementation of EU law and policies and the respect for EU values and principles at the domestic level among the most pressing challenges in their agenda.

All these trends raise a number of challenges, which the conference sought to analyse in depth. In addition to tracing the development of EU sanctioning powers in a wide variety of policy areas, it shed light on general questions raised by the emergence of the EU as an enforcement actor: the impact on institutional balance, the effects on the relationship between EU law and national law, and the relevance of the EU Charter of Fundamental Rights as a source of constraints on the exercise of sanctioning powers.

In the opening presentation of the conference, Miroslava Scholten (University of Utrecht) looked at models of enforcement and identified tentatively a trend towards the centralisation of enforcement tasks at the Union level. As a consequence, models of direct EU law enforcement, often relying on the imposition of sanctions, have emerged.

EU agencies play a paramount role in this regard. However, Jacopo Alberti (University of Milan) contended that their vague legal status has contributed to the fragmentation of EU law enforcement models into as many bits and pieces as the relevant actors are. This incoherence calls for stronger political choices on the part of the EU institutions, with a view to better framing the agencies’ powers. The need to place appropriate limits to the EU’s sanctioning powers unveils the potential clash with the quest for effectiveness of EU law and policies. These (opposing) driving forces amplify the importance of the Charter of Fundamental Rights, attentively discussed by Nicole Lazzerini (University of Florence).

From a different perspective, recent crises affecting the respect of the EU founding values (Art. 2 TEU) have led many commentators to discuss whether the current set of tools offered by the Treaties is fit for purpose. Matteo Bonelli (University of Milan and University of Maastricht) interestingly pointed out the recent shift from a preventive approach to Art. 7 TEU procedures to the quest for actual sanctioning powers.

This analysis was complemented by Luca Prete (Court of Justice of the European Union and Vrije Universiteit Brussels), who discussed the recent developments concerning infringement proceedings (Arts 258-260 TFEU) and the Court’s power to issue interim measures in that context.

Beyond this ‘general institutional layer’, the evolution of EU sanctioning powers follows diversified paths depending on the specific policy domain involved. Here, the blurring of enforcement models reaches its peak. The following presentations (and prospective book chapters) discussed EU sanctioning practices in an array of selected policy areas.

Luca Calzolari (University of Turin) looked at EU competition law (Arts 101 and 102 TFEU) and considered the legal nature of antitrust fines, their rationale, and the methods of calculation. Francesco Pili (Van Bael & Bellis Law Firm) discussed law enforcement in EU state aid and questioned whether recovery orders of unlawful aids can be assimilated to sanctions. Focusing on the ECB’s growing sanctioning powers within the Monetary Union, Frédéric Allemand (University of Luxembourg, CVCE) analysed the ECB accountability and the limits to its discretion, the involvement of national authorities and the availability of avenues of judicial review. Alberto Miglio (University of Turin) and Francesco Costamagna (University of Turin), looking at enforcement machinery in the EMU economic pillar, observed that, despite the prominence of sanctioning mechanisms and the emphasis on fiscal discipline, recourse to formal sanctions has been negligible due to the presence of alternative enforcement tools. Two presentations addressed EU restrictive measures in the context of CFSP: Charlotte Beaucillon (University of Lille) focused on their use as instruments of foreign policy as tools of values exportation, whereas Andrea Spagnolo (University of Turin) discussed their qualification from the perspective of public international law. Francesco Munari (University of Genoa) outlined the main features of EU environmental law enforcement, affecting not only Member States with infringement procedures and interim measures, but individuals as well, with the Environmental Liability Directive and the Environmental Crime Directive. Lastly, Paul de Hert (Vrije Universiteit Brussels) analysed the boost of EU and national authorities’ sanctioning powers following the entry into force of the GDPR. 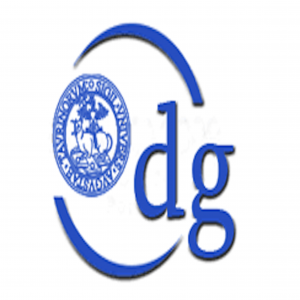