The European Union introduced common rules for the EU internal gas market as a crucial energy commodity. Published jointly as the Energy Union Strategy in 2015, the rules aim to create a common environment to facilitate trade and competition on all gas markets in EU Member States. The regulations specify the steps necessary for any given gas market to liberalize and comply with common rules for internal gas market.  Each Member State negotiates the pace at which it will liberalize according to the implementation of common rules. Thus, levels of liberalisation may be objectively assessed according to a shared metric. In one interesting case of implementation, Poland followed an initially clear vision and implementation of free market regulations. However in 2016 -2017 it took an unexpected sidestep that had profound economic impacts on the domestic gas market resulting in  many retailers being driven out of the market, and the state owned incumbent regaining its super-dominant market share.

Following the issuance of the Union Energy Strategy, Poland began to gradually introduce legislation aimed at gas market liberalisation in compliance with common rules for the EU internal gas market:

Subsequently, levels of market liberalisation in Poland steadily grew, as well as positive economic indicators of increasing levels of trade and competition on the market. It introduced nearly all the identified foundational measures of the common EU gas market, with the exception of opening to households, scheduled for 2023. As a result the Polish gas market liberalisation was calculated at the level of 91 percent.

A Sudden Turn Away From  The Smooth Liberalisation Process

Despite the apparent progress in implementing the Union Energy Strategy, Poland soon after amended the Polish Energy Law (2016) and the Act on Fuel Reserves (2017). These changes introduced new obligations on natural gas importers which significantly raised the cost of gas importation, triggering heavy public debate. The government has argued that the legislative changes were necessary to improve the safety of gas distribution.  Market participants have countered that the changes would significantly hinder levels of trade and internal competition on the market. The 2016 and 2017 changes in acts on fuel reserves were recognized as minor deviation from the previously adopted liberalisation plan, lowering the level of gas market liberalisation to 82 percent. Ultimately, despite its strong approach to implementing the Strategy, these legislative actions were found to be incompliant with Regulation (EU) 2017/1938 by the European Commission, resulting in a Reasoned Opinion being sent to Poland in November 2019.

Minor Change in Legislation, Significant Change on The Market

Indeed, changes on the Fuel Reserve Act had a significant impact on competition within the Polish gas market. It brought a visible slowdown in market activity measured by the number of active retailers and customers switching suppliers, illustrated in the following graphs:

The changes and subsequent slowdown further induced a wave of bankruptcies and withdrawals from the market by numerous gas retail companies. It finally resulted in the re-concentration of retail market in the hands of state-owned, gas incumbent – Polish Gas and Oil Company (PGNiG).

Overall, an observable policy trend of Polish government is to strengthen state owned enterprises (SOEs) and distribute their assets amongst public initiatives, such as the acquisition of additional equipment to fight the pandemic or to finance strategic investments like nuclear power plants and a central national airport. Bearing this in mind, it may be argued that strengthening PGNiG’s position on the gas market by imposing additional obligations on alternative retailers is a disguised form of providing public assistance. After all, strong SOEs and their assets play vital role in execution of government policy.

Considering the apparently rushed legislative path observed in 2016 – 2017, paired with a lack of formal consultation or an official impact analysis, it may be argued that the government’s actions and the subsequent results were intentional. Furthermore, in response to letter of formal notice from the EC, the Polish government committed to relax the regulations in 2023. Simultaneously, the government still confirms 2023 as the date for opening of household segment and a year in which new gas import capacities will be operational (Baltic Pipe and expansion of LNG terminal). These facts lead to the possible conclusion that government actions might have been a deliberate postponement of gas market liberalisation to 2023. There is still a question of European law enforcement effectiveness in this case. The 2016 – 2017 changes in Polish legislation faced official proceedings from European Commission in form of letter of formal notice (2018) and Reasoned Opinion (2019)  mentioned earlier. Although it resulted in the Polish government promising to alter the legislation in 2022, the damage to the market and competition were already done. 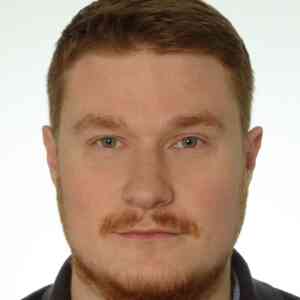