For Aristotle, gentleness is the virtuous expression of anger, as the mean between two extremes: spinelessness, and irascibility. When faced with insult or injury, the philosopher suggests, feeble responses (spinelessness) are to be considered equally nonsensical to disproportionate, drastic reactions (irascibility). The wise should instead strive to answer in a controlled and effective manner, ‘as principle may ordain.’

Submitted more than two millennia ago, this proposition still holds value to this day. This contribution seeks to apply the philosopher’s lessons in the context of EU law, focusing on the enforcement of inmate right standards in the Area of Freedom, Security, and Justice. 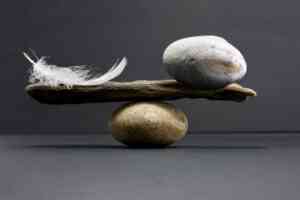 Anger, utilising Aristotelian terminology, stems from the frequent erosion of mutual trust in the EU, due to structurally poor detention conditions across national prisons.

The post-Tampere judicial cooperation framework in the EU has been analysed in extenso, in this forum and elsewhere. For the purposes of this entry, it suffices to briefly recall the following. The Union functions as a largely borderless Area of Freedom, Security, and Justice (AFSJ). To safeguard against serious cross-border criminality, EU law has established its own regulatory framework. At the heart of this framework lie the twin principles of mutual recognition and mutual trust. Mutual recognition imposes a legal obligation on national authorities to recognise and execute judicial orders and judgments (such as the European Arrest Warrant, regulating surrender proceedings of wanted or condemned criminals) received from fellow EU states, as if they were their own. Mutual trust justifies this commitment, by encapsulating the premise that all member states participate in the same community of values, and provide (inter alia) for equivalent standards of human rights protection. It is therefore necessary that both principles function properly so to ensure the efficacy of the other; they are themselves mutually reinforcing. As inmates retain, in principle, their human rights, this assumption extends to prisons.

Overall, then, the role of detention in the EU is a functional one: according to the principle of mutual trust national prison systems are assumed to ensure equivalent inmates’ rights protection, which fosters the healthy functioning of mutual recognition instruments in the AFSJ.

Nevertheless, this assumption of trust has long proven to constitute a legal fiction. Instead, and as findings from both judicial and monitoring bodies reveal, a considerable number of European penal systems are plagued with structural deficiencies, particularly overcrowding. Consequently, this results in the systemic risk of systematic multiple human rights violations.

Ultimately, the reality of poor detention conditions on the ground directly contradicts mutual trust, undermines mutual recognition, and effectively sabotages the entire apparatus of judicial cooperation in the AFSJ. If judges are aware that human rights of prisoners are not respected in other EU states, they prove reluctant to enforce the mutual trust and recognition principles, and cooperate on the basis of EU law.

The responses: between postponement and harmonisation

The hurdles to the regulatory framework originating in detention are far from theoretical. Instead, they pose a direct and serious threat to the integrity of the AFSJ. To remedy this failing, two key approaches have been put forward: postponement, and harmonisation.

The possibility to postpone (i.e. temporarily freeze) the execution of mutual recognition instruments so as to protect inmate rights has been provided by the Court of Justice of the EU. In its seminal Aranyosi–Căldăraru judgment, the Court acknowledged the fundamental importance of mutual trust for the functioning of the Union as an AFSJ; nevertheless, it allowed that mutual trust is not blind trust. Instead, and when faced with evidence of structurally poor detention conditions posing a risk of human rights violations for the individual, member states are allowed to temporarily refute the assumption of trust, until concrete proof is provided that individual rights will not be affected.

While the judicial approach attempts to reconcile mutual trust and fundamental rights via an allowance for state discretion, it nevertheless has been criticised as falling short. This is because the judgment utterly fails to redress the core issue: poor standards of detention on the ground, as a direct cause of systemic human rights violations. Further, the possibility of postponement may well amount to a de facto refusal of mutual recognition and trust, undermining the effectiveness and core purpose of mutual recognition instruments. Finally, applying the Court’s guidance raises the risk of creating two classes of European inmates: those suffering inadequate detention conditions, arrested in their home country; and those arrested abroad, on the basis of mutual recognition instruments, who, due to Aranyosi, escape the adverse conditions suffered by their compatriots.

For these reasons, voices have been raised calling for the harmonisation of detention standards at EU level, the second proposed remedy. This would entail the adoption of a new Directive, on the basis of Article 82(2)(b) TFEU. The justification behind this proposal is rather straightforward. Common minimum standard-setting would crystalise the obligations of national authorities, who would have a clear idea on how to manage and regulate their prisons, so as to provide for standards equivalent to their fellow states, thus satisfying mutual trust.

This touches on a central problem in implementing the AFSJ regulatory framework, as non-uniform prison standards undermine the core tenets of mutual trust and recognition, a matter effectively unaddressed, despite the Court’s patchwork. It is therefore critical that swift EU action is taken to ensure that national prison systems provide equivalent rights protection. However, the importance of this matter also raises several contentions which must be addressed.

Harmonisation provides a compelling solution to the hurdles to mutuality principles raised by prison standards, however, as in the case of postponement, it is not a cure-all. Though legislation serves the purpose of internalising legal norms and values, it must also be considered how the proposed EU standards would interact with established Council of Europe standards. What would the added value of EU harmonisation be, in an area already dominated by the Council for five decades – and would this risk the harmful or unnecessary duplication of rules? Further, individual states have proven reluctant to change their internal standards to meet CoE level requirements – it is doubtful whether they would agree to the EU proposed standards. Hence, utilising Article 82 TFEU as a basis for legal recourse may prove ‘too much too soon,’ for a Union faced with a legitimacy crisis. Would it truly be ‘gentle’ to push for harmonisation in the sensitive area of criminal law – an area historically serving as the sanctum sanctorum of state sovereignty – especially in times when almost half of EU citizens tend to distrust the Union?

The hurdles posed by detention to the regulatory framework pose an actual, serious, and (as is argued here) currently unaddressed problem, recognised by EU institutions and scholars alike, and rightfully evoking ‘anger.’ However, if the Aranyosi postponement approach is ‘feeble,’ inadequate and unsatisfactory, by allowing poor prison standards to challenge enforcement, hence causing a stalemate in enforcing mutual recognition instruments, and the objective of harmonisation of detention standards at EU level currently ‘irascible,’ drastic, and infeasible on a practical level, what approach would meet the Aristotelian principle of gentleness?

For the basis of its judicial cooperation mechanism, the Union built on the assumption of mutual trust, and the theoretical common thread of equivalent human rights protection. However, this assumption has proven false – a mistake that should not be repeated. Harmonisation (via legislation) has the capacity to prove consequential; nevertheless, it should not be rushed, nor assumed to be panacea. Before committing to a course of action, scholarship and policymakers both should strive to provide a thorough ex-ante evaluation; to identify the root causes of inhumane prison conditions and responses taken by states, and to assess the anticipated impact and/or consequences of any actions to rectify differences between states at the Union level. The criminal justice principle of one size does not fit all holds true in this context, and intervention close to the ground that considers local needs and peculiarities demonstrates the greatest promise. In conjunction with larger Union-level strategies, non-legal initiatives (such as capacity building or persuasion) should be considered and promoted as potential routes to a solution.

Overall, the unaddressed issue of inadequate detention standards undermines mutual trust, violates the core rights of European citizens, and affects the proper functioning of the AFSJ. Anger, in this light, is justified, and deserving of a response – it is our duty, as scholars, to seek and promote the one most gentle. 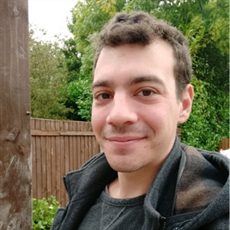