The past years have seen a progressive expansion of the operational powers of the European Asylum Support Office (EASO). As formerly discussed, EASO’s increasing involvement in the processing of asylum applications at the Greek Hotspots confirmed the need for Member States to integrate the EU support within their domestic system, while keeping the primary administrative responsibility for asylum applications. This trend toward EU direct enforcement is justified by the need to improve the implementation and overall functioning of the Common European Asylum System (CEAS) and has resulted in the adoption of Regulation 2021/2303 establishing the EU Agency for Asylum (EUAA).

This short post explains how the powers of this new ‘fully-fledged’ agency may contribute to a better level of enforcement, though its normative setup does not fully reflect the practice of joint processing of asylum applications already undertaken by EASO. 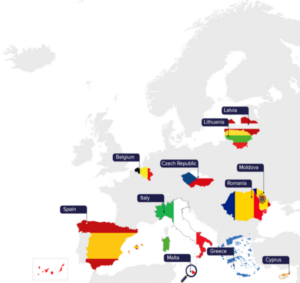 From EASO to EUAA: The Evolution of the Institutional Design

As acknowledged in the Preamble to its Regulation (Recitals 5 and 6), EUAA builds on the role of its predecessor EASO and on the need to strengthen its role ‘to not only support practical cooperation among Member States but to reinforce and contribute to ensuring the efficient functioning of the asylum and reception systems of the Member States.’

It is worth recalling that back in 2010, EASO was created as an ‘institutional push’ to address the implementation gap that was especially salient in frontline States. Despite the fact that its founding Regulation limited the activities of EASO to facilitating, coordinating and strengthening practical cooperation among the Member States and to providing scientific and technical assistance, over the past years EASO has de facto stretched its operational powers beyond the legal mandate. This is well illustrated by EASO’s involvement in the admissibility procedure of asylum applications at the domestic level in the Greek hotspots, which also raised genuine concerns ‘about the quality of, and procedural fairness in, the conduct of admissibility interviews’ (European Ombudsman, Case 735/2017/MDC).

The progressive transformation of EASO into a more operational body prompted the European Commission to issue an initial proposal in 2016 for the establishment of the EUAA within the broader process of reform of the CEAS. This proposal was lately replaced by an amended proposal in 2018 that was confirmed by the 2020 New Pact on Migration and Asylum, and adopted by a qualified majority on 9 December 2021 (with three Member States opposing: Hungary, Poland and Slovakia; and two abstaining: Bulgaria and the Czech Republic). This was the first and still the only legislative proposal accompanying the new Pact to be adopted.

The mandate of the new EUAA entered into force on 19 January 2022 with the exception of the provision under Articles 14 and 15 on the Monitoring Mechanism for the operational and technical application of the CEAS, which will partly remain on standby until the CEAS reform is completed. Article 2 of the founding Regulation lists an array of tasks that are not entirely different from the mission of EASO, though more emphasis is now placed on practical cooperation through the agency’s restructured operational dimension.

As highlighted in its brand new website, ‘operations now form a core part of the Agency’s activities’ and the agency has currently around 2,000 personnel deployed in over 100 locations in various States (see picture). Annex I to the Regulation also establishes a permanent asylum reserve pool of 500 Member State officials at the disposal of the agency.

This expanded operational dimension which injects new resources into the agency may contribute to a better level of enforcement. This is also visible in the new competences under Chapter 6 of the EUAA Regulation, which details the operational and technical assistance. Unlike the EASO Regulation which allowed for the deployment of asylum support teams only when a Member State  was subject to particular pressure (Article 13), the EUAA Regulation makes a more visible connection with enforcement by allowing for a deployment also with regard to the implementation of the obligations under the CEAS (Article 16(1) a). Additionally, in case of disproportionate pressure on the reception system of a Member State, the EUAA can deploy the asylum support teams on its own initiative with the agreement of the Member State (Article 16(1)d).

The EUAA Regulation partly formalises the activities that EASO was undertaking at hotspot areas, especially as regards inter-agency cooperation. Article 21(3) of the EUAA Regulation, in fact, addresses the role of the asylum support teams in the framework of the migration management support teams, deployed according to Article 40(1) of the European Border and Coast Guard Agency’s Regulation, in case a Member State faces disproportionate migratory challenges.

However, the EUAA Regulation only pays lip service to the involvement of the agency in the examination and processing of asylum claims along with state authorities. Article 16(2)c of the  Regulation limits the  agency’s competence to facilitating ‘the examination by the competent national authorities of applications for international protection or provide those authorities with the necessary assistance in the procedure for international protection.’ In addition, the same provision confirms a role of assistance, advice and support to the national authorities as regards the enforcement of the CEAS, including the implementation of asylum procedures, reception facilities and obligations under the Dublin Regulation (Article 16(2)d, e, f, g). On the other hand, pursuant to Article 11, the EUAA Management Board adopts Guidance notes for the assessment of applications that Member States ‘shall take into account’ when examining these applications. The language seems to confirm the existence of an obligation for national authorities that in practice are subject to the influence of the EUAA when deciding on an application. The operational practice of the new agency will probably unearth these unresolved issues of coordination with national asylum authorities.

In this connection, a clearer normative setup could have contributed to a significant enforcement shift in the institutional design of the EUAA, by recognising and regulating the practice of joint processing of asylum applications already pursued by EASO.