Due to the migrant crisis, Frontex was involved in strengthening the Bulgarian-Turkish border in 2016. For this reason this EU agency deployed border surveillance officers, patrol cars, thermovision vans and dog teams. This was done with the aim of detecting persons who were trying to enter the EU illegally, for instance by hiding in cars, buses and trains.

Other well-known operations carried out by Frontex are the Triton and Poseidon missions, which started in 2014 and 2015 respectively with the aim of rescuing migrant boats arriving in Greece and Italy. In the first two months of 2017, these two operations have rescued a total of 51 migrant boats: 28 through Triton and 23 through Poseidon. 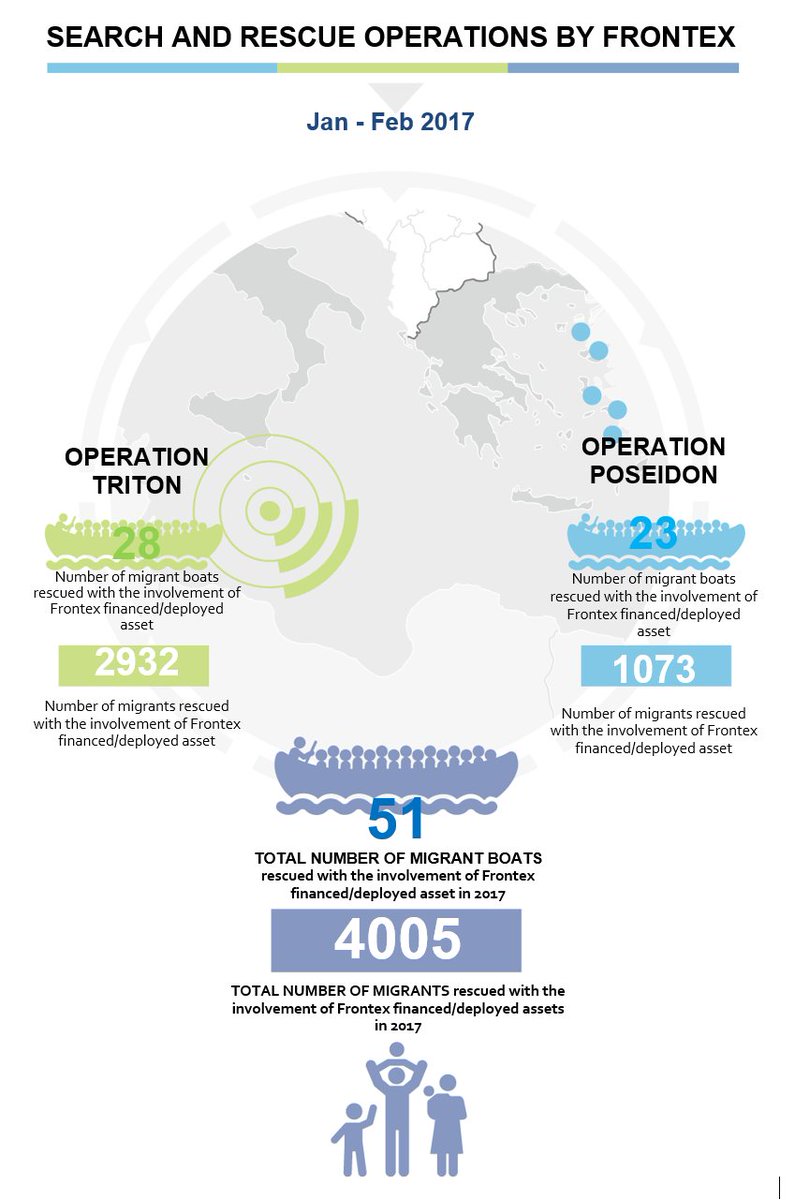 Although Frontex was created in 2004, it gained a lot of momentum through the 2015-16 crisis. Because of the increased number of migrants suddenly arriving in the EU, the agency had growing issues with dealing with protecting the Union’s borders. These issues brought to the light several deficiencies in the agency’s mandate. Due to these issues, the new Regulation 2016/1624 needed to be adopted quickly. This was a success, as the period between the Commission’s legislative proposal and the launch of the new agency was only ten months.

The activities carried out by Frontex clash, because of their nature, with some fundamental rights – such as the right to asylum – as enshrined by the Charter of Fundamental Rights of the EU. Protecting the Union’s borders from possible asylum seekers would be in violation of this right; by not letting migrants through to the EU, it becomes harder , if not impossible, to apply for asylum. Therefore, the issue at hand is how to balance the protection of the borders with these fundamental rights.

Frontex is more an agency with a ‘dual identity’ when it comes to shared enforcement. It coordinates the cooperation with the Member States but also assists them in the effective implementation of the EU law. The problem is that it is quite intrusive at times. As created by Regulation Regulation 2016/1624, Frontex’ intervention capacity at the border of the Member States gives the Agency the power to monitor the Member States’ management of the external border (Article 12) and carry out vulnerability assessments (Article 13). But Frontex is also competent to notify the Council and the Commission in order to make sure that Member States comply with EU law.

Regulation 2016/1624 also gives wider technical and operational competences to Frontex. In case of rapid border interventions, the agency may deploy 1500 border guards and use its own technical equipment (Article 38) in border surveillance. This poses a challenge to fundamental rights since the technical equipment that is being used at the borders is not mainly coordinated by the Member States only, but Frontex has the right to procure its own. 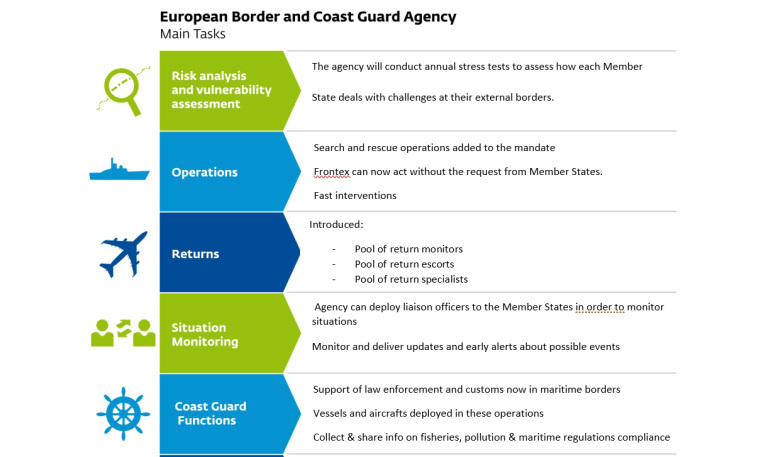 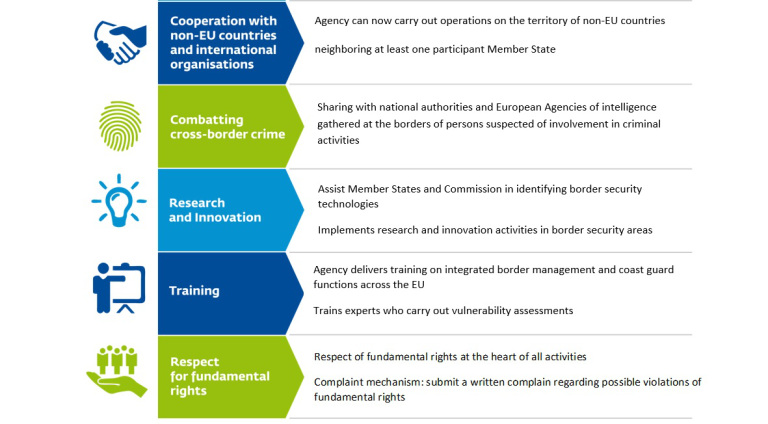 The most significant and substantial attempt at enhancing accountability is brought about by the introduction of the Individual Complaints Mechanism in Article 72 EBCG Regulation. Anyone who considers their fundamental rights to be breached in the course of a Frontex operation can file such a complaint. The complaint is handled by the FRO who, if he deems it admissible, then forwards it to the executive director or to the home Member States of the team member concerned. Depending on whether the case involved an Agency staff member or a Member State board guard, the executive director or the home Member State “shall ensure appropriate follow-up”, which may include “disciplinary measures as necessary”.

The designation of the executive director/Member State as the final arbiter in handling complaints concerning Agency staff, as opposed to an independent figure, is a manifestly faulty legal construction. Both this discretionary power for the executive director/Member State and the absence of transparency with regard to the criteria applied in the follow-up decision constitute glaring flaws. This needs change: firstly, it needs clarification what “follow-up” actually entails. The undesirable construction wherein the executive director/Member State has the last say should be abolished: this authority should be delegated to an independent figure. An additional suggestion would be to authorise the fundamental rights officer to publish non-binding recommendations. The procedure should also contain a timeline with reasonable deadlines, the current lack of which constitutes a glaring omission. Finally, the complaints mechanism should be supplemented with an administrative appeals procedure before an independent appellate body.

Under the new Regulation, Frontex is obliged to carry out yearly ‘vulnerability assessments’ of the border systems of the Member States. This mechanism does not test whether Member States’ border systems protect fundamental rights sufficiently. This is missed chance and it would be advisable if a fundamental rights assessment would become part of the next Regulation, preferably within the vulnerability assessment.

Another important way in which fundamental rights can be guaranteed in Frontex’ activities is the annual activity report. The executive director has to include his evaluations of Frontex operations in this report. Already since 2011, these evaluations also include observations of the FRO on fundamental rights issues that arose during operations. However, in the 2015 annual activity report, these observations are absent. This is strange, since the FRO did make recommendations in the context of Frontex operations.