Let’s face it, the case allocation regime of the European Competition Network (ECN) is a dormant volcano ready to explode. There are some that will tell you that the mechanism is working like a well-oiled machine, however, those exact people were, at the very birth of the ECN, skeptical about its success in the future. Indeed, these concerns were not unjustified.

In the first place, what is the ECN? 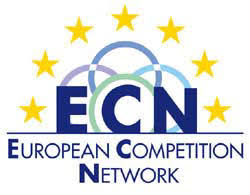 The ECN is a purely informal network in which the Commission – and more in particular the Directorate General for Competition (DG Comp) – and National Competition Authorities (NCAs) cooperate to guarantee a sufficient enforcement of EU competition law. Its two main tasks are allocating a case to a single “well-placed authority” and facilitating the extensive exchange of information between the two bodies. It is the case allocation regime that raises two significant concerns: there is no clear framework and there is almost no dispute resolution mechanism, or at least not a binding one. Any decision taken within the case allocation regime is only subject to a peer-to-peer accountability. Therefore, these concerns are even more troubling with regard to the rather weak political accountability of ECN. 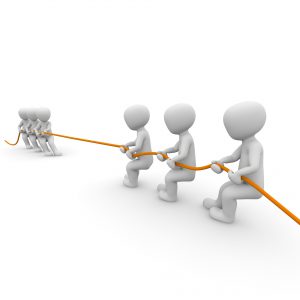 Case allocation within the ECN is based on provisions laid down in Regulation 1/2003 and guidelines laid down in the Notice on cooperation (the Notice). However, these provisions and guidelines are inexplicit. Article 11(6) of Regulation 1/2003, by which the Commission may take over a case from NCAs, and Article 13 of Regulation 1/2003, by which the Commission and NCAs may decline jurisdiction when another authority is already dealing with the case at issue, do not define criteria to assess the appropriateness of the assertion of jurisdiction, let alone principles of allocation of jurisdiction. Also, in the Notice it is stated that re-allocations may take place if it would be necessary for an effective protection of competition interest, as well as EU interest. However, what constitutes to be necessary for an effective protection in light of these interests is not elaborated therein further. Obviously, the application of this vague framework, when re-allocating cases, may cause legal uncertainty and unclarity. Clear rules of allocation could prevent this.

Since there is no clear framework upon which the decision of re-allocation is taken, it is understandable that this might raise disputes between the Commission, NCAs and the companies involved. As stated in the hypothetical case, the Commission and NCAs of different Member States could have different interests and will therefore want to take on the case. Also companies could have an interest in this, because the Commission and different NCAs have different investigating and sanctioning powers, which could either put them at a disadvantage or an advantage. Shouldn’t they have a say within the process of the case allocation? 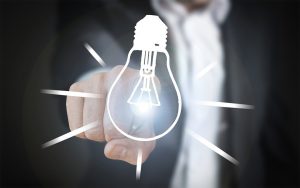 Even though the current situation did not yet lead to disputes within the ECN and its actors, it may. And if so, the current case allocation regime is not fit to deal with these disputes. Therefore we propose two solutions.

Firstly, the framework of case allocation is rather unclear and uncertain for both the NCAs and the undertakings involved. Without the appropriate and before-hand set rules, any decision may seem arbitrary. Therefore, clear conditions are a must. A distinction may even be made between core conditions which must be satisfied, and some optional conditions which may be taken into account when balancing the different interests. This distinction would provide the certainty that is required for both the Commission, NCAs and equally companies.

Secondly, the lack of dispute mechanism can be a case of concern. As a result, a clear dispute mechanism must be established. This framework should address elements such as who may bring the dispute, under what conditions and to what extent. Furthermore, a panel consisting of, for instance three unaffected NCAs, may be used to assess the situation most objectively. In order to strengthen, the position, or rather, to create a position for companies within this dispute mechanism, we propose, that the companies be able to submit either the written or the oral observations.

This altogether would ultimately enhance the legitimacy of the case allocation regime, the degree of acceptance of case allocation decisions and ECN’s political accountability in general.