Air travel is considered to be the safest mode of transportation. Within the EU, there is an extensive aviation safety system at work to keep things that way. It consists of the national aviation authorities (NAAs) of the Member States, the Commission and an EU agency: the European Aviation Safety Agency (EASA). As is the case with EU rules on medicines, European aviation safety rules are largely regulated at the EU level while in most cases national authorities are in charge of enforcing them. 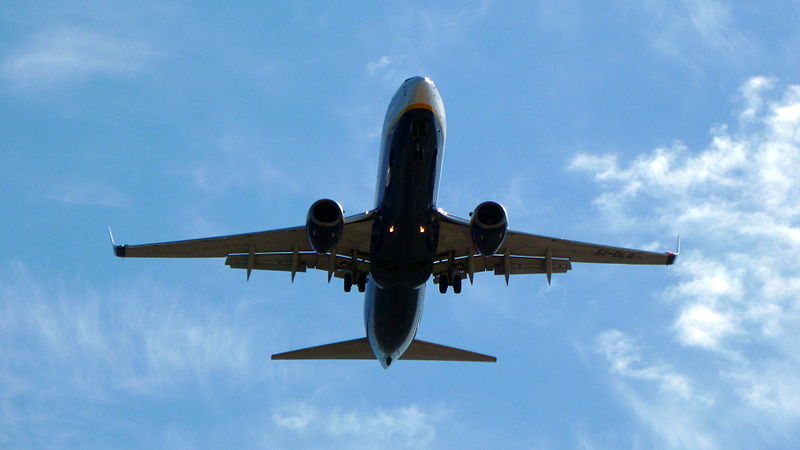 In the field of aviation safety, as in a number of other fields, there is a trend toward ‘verticalization’ entailing the transfer of enforcement powers from the national level to the EU level. This leads to a situation where enforcement of rules is shared in rather complex ways between EASA and the NAAs. Yet, this trend is interesting also from the perspective of accountability: who is answerable for enforcement powers that are often exercised in close cooperation between NAAs and EASA?

Broadly, when it comes to aircraft, EASA approves aircraft types, such as the Airbus A380, while the Member States remain responsible for individual planes of the type (e.g. each Airbus A380 airplane used by Lufthansa needs to be approved by the German NAA). EASA may issue, suspend and revoke such licenses, called Type Certificates. Still, ‘hardcore’ direct enforcement powers such as imposing fines on EASA certificate holders are with the Commission, though it always acts at the request of EASA. The EU civil aviation safety system and the division of responsibilities within it are enshrined in Regulation 216/2008 (the Basic Regulation). Based on this a truly shared enforcement system is created which is built upon the concept of shared oversight and enforcement, and which combines the local presence of the NAAs with the more systemic EASA overview. This is further illustrated in the two examples below.

1. Ramp Inspection
A ramp inspection is an on-the-spot inspection of an aircraft and its crew. It involves a visual assessment of its condition, the crew’s qualifications and whether all the necessary safety equipment and documents are present. The EU Ramp Inspections Programme, which contains the rules for conducting ramp inspections, is enshrined in Regulation 965/2012. With this regulation, EASA gained the possibility to conduct its own ramp inspections in cooperation with the NAAs, but has not (yet) used this option in practice.

In addition, EASA arguably plays a vital role in assisting the NAAs in targeting their inspections. It provides them with a list of operators or aircraft “presenting a potential risk.” The Agency distills this list from information entered into a database by itself and the NAAs. Under the EU Ramp Inspection Programme, EASA may monitor and inspect, but ‘hardcore’ direct enforcement measures, such as restricting aircraft flight operation or grounding the aircraft, belong to the NAAs. However, EASA may request Member States to take such action in case of a major safety hazard (a ‘category 3’ finding).

2. Continuing Airworthiness: EASA Airworthiness Directives
Ramp inspections are on-the-spot checks that cannot guarantee the airworthiness of an aircraft. Therefore, over the aircraft’s service lifetime, a number of procedures enshrined in EU aviation safety law (mainly Regulation 1321/2014) ensure that the aircraft continues to be airworthy. The responsibility for carrying out such procedures is shared between the EU and the Member States.

For instance, the NAAs must review the validity of an aircraft’s Certificate of Airworthiness (CA) received upon entering service by issuing an Airworthiness Review Certificate (ARC) every year. Under the Aircraft Continuing Airworthiness Monitoring (ACAM) procedure they are also responsible for conducting more comprehensive inspections (than the above-mentioned ramp inspections) of aircraft registered in their Member State. In case of non-compliance, NAAs must impose appropriate measures, including revoking or suspending an ARC.

As for EASA, a powerful enforcement tool is the airworthiness directive (AD), enshrined in Regulation 748/2012. The Agency may issue an AD with regard to a design deficiency when it detects an unsafe condition in an aircraft for which it issued a type certificate. The type certificate holder (i.e. the manufacturer) must correct the problem identified by EASA and ADs may contain a wholesale prohibition to fly a particular model of aircraft until the problem is solved. Yet as another illustration of the ‘sharedness’ characterizing the EU aviation safety area, the proper enforcement of EASA ADs is ensured by the NAAs inter alia when issuing or extending CAs or conducting ACAM sampling inspections.

Proposal for a new regulation in the field of civil aviation: accountability problems solved?

A proposal has been made for a new EU framework regulation for aviation safety. Its aim is to deal with increased air traffic as well as new environmental and safety risks. The legislative proposal also marks a step towards more verticalization. First, the proposal would extend the possibilities for Member States to delegate to EASA responsibilities for certification, oversight and enforcement. Second, an ’emergency oversight mechanism’ is proposed under which EASA temporarily becomes the competent authority if a Member State experiences serious difficulties in ensuring effective implementation of EU aviation safety rules. This will very likely also raise particular challenges with regard to the organization of shared enforcement.

Interestingly, while apparently addressing effectiveness problems by increased verticalization, the proposed legislation does not appear to reinforce accountability. Given the Agency’s complicated field of operation, as well as the fact that it works closely with the NAAs, a certain degree of technical independence appears appropriate. However, a review mechanism for the joint exercise of enforcement powers by EASA and the NAAs could have been considered.