The European Insurance and Occupational Pensions Authority (EIOPA or the Authority) is one of three European Supervisory Authorities (ESAs) created in the aftermath of the financial crisis. They are part of the European System of Financial Supervision (ESFS), a supervisory system created to ensure proper financial supervision of, for example, banks, insurance companies and pension institutions. The other two ESAs are the European Securities and Markets Authority (ESMA) and the European Banking Authority (EBA).

The three ESAs were created mainly to aid in the establishment and application of common regulatory and supervisory standards. They do this by developing guidelines and recommendations and by coordinating between national supervisory agencies. Besides ESMA, which may issue sanctions, the other ESAs have not been endowed with any direct enforcement powers over private EU citizens and businesses. This is set to change as of 1 January 2018, when EIOPA will receive new powers under the PRIIPs Regulation. In addition, it may in the future gain additional authorization powers in the context of the proposed Pan-European Personal Pension Product (PEPP). 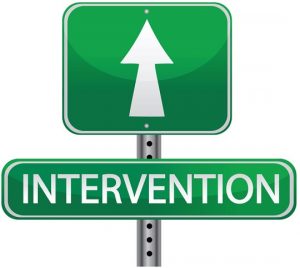 The Product intervention powers that EIOPA will receive next year allow it to intervene directly in the business of insurance undertakings. According to article 16 of the PRIIPs Regulation, EIOPA may “temporarily prohibit or restrict” the marketing, distribution or sale of certain products of insurance or re-insurance businesses. It may do this in cases where there are serious concerns about investor protection or the stability of the EU financial system. EBA and ESMA will simultaneously receive similar intervention powers under the MiFIR Regulation.

Although the power to temporarily ban certain products was included in its founding regulation from the start, it is only now – with the PRIIPs product intervention powers – that this competence will be “brought to life”.

2. The Future: EIOPA’s Role in the PEPP Proposal

The division of tasks for this new pension product is interesting. At first glance, the proposed PEPP Regulation takes a ‘typical’ EU agency/national authorities approach: the nation authorities have primary responsibility over enforcement and supervision. EIOPA – for the most part – plays a coordinating role in the supervision of PEPP providers. It does this to ensure that the national supervisory authorities apply a unified supervisory methodology across the EU. The Member State authorities sanction in case, for example, a financial undertaking “has obtained an authorisation of a PEPP through false or misleading statements” or provides or distributes “products bearing the designation ‘PEPP’ […] without the required authorisation”. 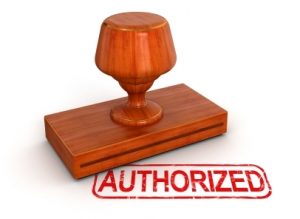 However, EIOPA, and not the national authorities, would grant and withdraw the authorization for PEPP products. Under the proposal, authorization of PEPPs by EIOPA will happen on the basis of a single set of rules so that access is granted to all EU markets. EIOPA is to withdraw authorization if the product no longer complies with the PEPP Regulation.

Another noteworthy provision of the proposal is Article 53, where it states that “EIOPA shall monitor pension schemes” in the EU to ensure that they are not marketed as a PEPP unless they comply with the Regulation. This formulation suggests some role for EIOPA to help national authorities target ‘delinquent’ financial institutions, similar to EASA’s role under the EU Ramp Inspection Program.

EIOPA may revoke authorization for PEPPs. That can have far-reaching consequences, and EIOPA should render account for its decisions in an appropriate manner. The same goes for its product intervention powers. However, as exemplified again by the case of the PRIIPs Regulation and the PEPP proposal, this trend of endowing EU agencies with more powers does not seem to go hand in hand with the creation of bespoke accountability mechanisms. This trend is has been the topic of a number contributions to this blog and is described in more detail in our edited book.

Generally, under the EIOPA Regulation, the Authority has a number of political accountability obligations to ensure that the way in which it carries out its tasks is overseen. Such obligations include the Chairperson’s duty to render account to the European Parliament. His task is to represent the Authority and to head the meetings of the Board of Supervisors. The European Parliament may invite the Chairperson to make a statement before it or to answer any questions the Parliament has. The Chairperson’s term is 5 years, and the Parliament may object to their (re-)appointment or even remove them from office following a decision from the Board of Supervisors.

EIOPA also publishes an annual report on its activities and a work program, both of which it forwards to the European Parliament, the Commission and the Council.

The Board of Supervisors is an important link in the accountability mechanism for EIOPA, as it may remove both the Chairperson and the Executive Director from office. The Management Board consists of, among others, the Chairperson, the heads of the national supervisory authorities for financial markets and a representative from the Commission. The Executive Director is responsible for the day to day management of the Authority.

What recourse is available for individuals who are confronted with a decision by EIOPA? In this case, redress may be sought at the Board of Appeal, which is a joint adjudicative board for all three ESAs. Decisions by the Board of Appeal can be contested before the European Court of Justice (ECJ), which is also competent where there is no right to appeal before the Board of Appeal. In all, it appears that EIOPA’s accountability obligations are identical to those of ESMA. However, it is not possible to comment on their suitability, seeing as EIOPA does not yet have enforcement powers.

Although EIOPA started out primarily as a supervisory authority, it has been given some more enforcement powers over the years. The product intervention powers that it will have at its disposal as of 2018 enable it to directly affect the legal position of private businesses. It appears that the accountability standards that EIOPA is held to are thorough: the Authority must report on its (planned) activities, its Chairperson may be called to the EP and the Board of Appeals as well of the ECJ have jurisdiction over its actions. Whether these mechanisms will prove sufficient remains to be seen when the Authority begins exercising its first enforcement powers. An eye must also be kept on the development of this budding enforcement agency’s further development. 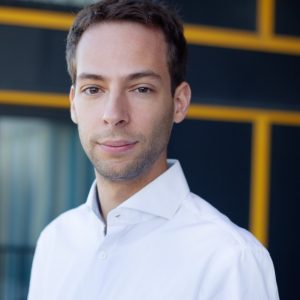 Elmar Schmidt
Elmar Schmidt is a PhD Candidate at Utrecht University. His research focuses on cross-border pension provision in the EU.

Elmar Schmidt is a PhD Candidate at Utrecht University. His research focuses on cross-border pension provision in the EU. View all posts by Elmar Schmidt