As entries in this blog reveal (Townley; Linden), debates over the enforcement of EU economic law, are often framed in terms of the desirable level of diversity or uniformity to be achieved. Both instincts, meaning to call for more uniformity and more diversity, seem justified.

Too much diversity may threaten the coherence and effectiveness of different EU regulatory frameworks including competition and the internal market; may harm general legal principles such as the rule-of law and legal certainty; more practically, may deprive citizens and businesses of the ability to confidently rely on EU law when their national laws and regulations fail them. In turn, as a supranational market discipline to some extent foreign to the legal and economic traditions of at least some member states (an argument often spelled out by authors writing in the Varieties of Capitalism tradition), the law of EU integration, if enforced too much or too uniformly may threaten valuable diversity among and within the member states. Diversity of market institutions can be valuable as able to respond to the different priorities and value-systems prevalent in different national societies; as a tool to enhance experimentation and learning through comparison (see Svetiev’s upcoming book; see also Townley on this blog); and more generally as conducive to autonomy by fostering a plurality of life options.

In recent years, scholarship seems to have lost confidence in the ability of EU law to foster such valued diversity. In the last decade or so, in line with a general critical turn emerging in European Legal Studies, many scholars have diagnosed an overextension of EU market discipline, which has been interpreted to endanger national systems of social protection (Scharpf), quality of life in the member states (Davies), and more generally institutional and social diversity. While I share some of their concerns, I would here like to point attention to the fact that vigorous EU economic law enforcement does not necessarily harm diversity, but may actually result in more diverse market settings.

As I argued in my dissertation, EU law as interpreted and enforced by the Court of Justice (CJEU) and the Commission appears capable to respond to a plurality of concerns beyond a narrow focus on building the internal market. As such it may lead to the preservation and even enhancement of diversity of market settings. The kinds of concerns that EU law is able to accommodate include not only narrowly defined non-market goals, such as may be environmental protection, workers protection, or health, but extend to relational, cultural and way of life considerations. The ability of these considerations to influence the concrete application of EU law is to be attributed to their political and cultural salience in a local context, rather than their objective weight. Responsiveness to such concerns needs not be interpreted as lax or overly responsive enforcement. Rather, it may be understood as expression of the de-centralized, dialogic and open-ended character of both the structure and process of EU economic law, including its enforcement system.

First let’s not forget that, thanks to the principle of direct effects and the preliminary reference procedure (Art. 267 TFEU), enforcement of internal market law is de-centralized, which not only corrects the unavoidable selectivity of Commission enforcement, but arguably also allows to identify enforcement needs there where they are more economically or socially urgent. Secondly, as it has been observed, the decisions that the CJEU delivers in preliminary reference cases are typically not outcome-determinative (Svetiev and Tagiuri). For example, the Court typically only sketches the application of proportionality analysis while leaving the ultimate determination over the appropriateness of the local measures to the referring judges. Such feature of preliminary reference cases has been understood to highlight the dialogic and non-hierarchical character of EU law (see also Gerstenberg). The enforcement of EU market rules triggers discursive disruptions that destabilize local market arrangements. Such disruptions force local actors to articulate justifications for these arrangements whose tenability is deliberated in a dialogic process between EU and local institutions, as well as through the input of businesses and possibly other interest groups. As such, these processes may result in the modification, abandonment or enhancement of existing market arrangements.

In my dissertation I focused on a series of cases that well illustrate this range of possibilities. These cases dealt with fixed book price agreements and laws as adopted in various member states, most prominently the UK, Germany and France. By mandating publishers to fix the retail price of books, and by limiting the ability of retailers to give discounts (what is known as Resale Price Maintenance), these arrangements eliminate or strongly reduce price competition in the retail book trade. As such they came into conflict with EU law, especially insofar as they had a transnational character and/or imposed the same resale price maintenance regime to imported books. The Commission scrutinized fixed book price agreements between associations of publishers and retailers for violation of competition law: in particular, the British/Irish Net Book Agreement (Decision 89/44/EEC as later challenged before the Court – T-66/89; C-360/92) and the German/Austrian Sammelrevers (with a series of interventions spanning from 1993 to 2002). In parallel, national judges started to refer questions concerning the compatibility with EU free movement law of national fixed book price laws (such as the French Loi Lang) as these laws were locally challenged by supermarket chains and other local discounters (Leclerc, C-229/83, and subsequent French cases; LIBRO, Case C531/07). The intensity of these interventions seems to signal vigorous enforcement of EU competition and free movement law, targeting arrangements that while arguably culturally salient, may be seen to have only marginal effects on the internal market.

The outcomes of these interventions are not what one may expect: they are neither narrowly deregulatory nor homogenizing. As they came into conflict with EU law, fixed book price arrangements were defended as aimed at protecting the special nature of books as cultural goods, at ensuring the continued publications of high quality books through cross-subsidization, and at protecting a rich network of small independent bookshops. All these justifications are interpretable as broadly cultural or way-of-life. In its decisions, the Court required to limit the cross-border effects of the fixed book price arrangements (by allowing for example imported books to be freely priced), but left the national book pricing systems intact, thus acknowledging the value of normative and even cultural frameworks very far from a narrow market rationality.

Still, the questioning that EU law triggers in the member states may result in home-grown processes of liberalization in those contexts in which the interests that the arrangements sought to protect have lost salience. For example, the UK abandoned the Net Book Agreement largely due to transformations of consumer and business behavior in its own book industry, exactly around the same time in which the CJEU seemed open to validating the agreement also in its transnational dimension (C-360/92). In turn, Germany forcefully defended the cultural salience of its agreement, even in the face of considerable uncertainty concerning its ability to achieve the desired cultural goals. Germany later turned the private agreement into a general law, which may be seen as upgrading the fixed book price system by allowing more traceable and enforceable results.

All of these outcomes are in a way products of EU law enforcement, which as it de-stabilizes local market arrangements and questions their conventional justifications, may allow for their abandonment, revision or upgrading. As the above cases suggest, the enforcement of EU law triggers transformative processes in the member states that are not always resolved in favor of liberalization and that may result in more rather than less diversity. 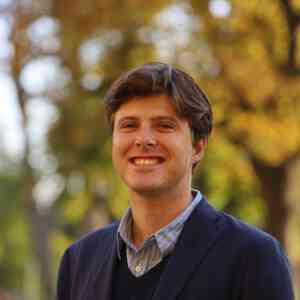 Giacomo Tagiuri
Giacomo Tagiuri is an assistant professor in European Law at the University of Amsterdam (UvA) and the Amsterdam Center for European Law and Governance (ACELG). His expertise spans various areas of EU economic law, including the internal market and competition. His research focuses on the interaction of EU and national regulation, and on the social and cultural consequences of EU economic law. Giacomo is part of the University of Amsterdam Sustainable Global Economic Law (SGEL) project.

Giacomo Tagiuri is an assistant professor in European Law at the University of Amsterdam (UvA) and the Amsterdam Center for European Law and Governance (ACELG). His expertise spans various areas of EU economic law, including the internal market and competition. His research focuses on the interaction of EU and national regulation, and on the social and cultural consequences of EU economic law. Giacomo is part of the University of Amsterdam Sustainable Global Economic Law (SGEL) project. View all posts by Giacomo Tagiuri