People regularly complain about too many rules and too little enforcement, both with respect to the European Union and the Member State governments. One often finds both these criticisms in a political context, and rightly so. After all, everyone can quickly think of a rule, but to have others abide by it is another matter altogether. Promulgating a norm too easily implies its enforcement, and politicians are exactly the ones who should be aware of that.

Because of their formulation, behavioral norms create a general, almost ideal-typical reality. A perfect society becomes quite imaginable if one were to read statutory rules and focus on those that prescribe the ideal behavior or people and companies in great detail. The Medical Devices Regulation, for example, prescribes that a medical device enters the market only when duly supplied, properly installed, maintained and used in accordance with its intended purpose, and when it meets an elaborate safety and performance requirements. While these substantive rules of law help to ensure that medical devices are safe and perform well, they would remain a mere fiction without further action; save for purely voluntary compliance, legal norms with no (possibility of) enforcement remain dead letters. Thus although the making and enforcement of rules are indeed essential functions of the state that are often bracketed together, they are essentially different. In this short essay, I share some very simple thoughts on some (what I think are nonetheless) distinctive characteristics of rulemaking and enforcement as core tasks of public authority.

The rule of law and substantive notions of justice require open rules that are applicable to everyone in society instead of one (group of) persons specifically, and indefinitely rather than at a certain point in time. The Medical Devices Regulation doesn’t apply specifically to Koninklijke Philips N.V., Braun GmbH and Medtronic Inc., but rather to all legal or natural persons manufacturing or refurbishing a medical device and marketing that device under its name or trademark. And there are solid reasons for this high degree of universality: no one is above the law, the law is applicable to everyone, and for the law everyone is equal. We thereby seek a stable exercise of public authority, that is moreover in the best interest of society as a whole and not in the interest (or to the detriment) of specific persons or companies. Generally formulated rules help to constrain public power and the exercise thereof, and to rule out legal arbitrariness.

As a state function, enforcement of those rules has quite a different character. Whereas the making of legal rules thus involves the proclamation of generally formulated sentences and a future-oriented perspective, enforcement is inherently aimed at specific people and restricted to time and place. An enforcing official has an indeterminate legal description of ideal-typical behavior in the back of his or her mind, but takes definite measures against a particular (group of) people whose actions, at a specific point in time, are at odds with that description. A sanction for violating the rule that medical devices are suitable for their intended purpose would be aimed at a company that uses industrial instead of medical grade silicone for breast implants. Whereas the drafting of substantive legal norms is a primarily normative and more prospective activity, their enforcement is thus more factual and usually retrospective; the former involves inductive interaction between electorate and legislator, the latter involves deductive interaction between government and justiciable. Substantive rules of law create a fictional society; enforcement brings it back to everyday reality.

And although every(one’s) behavior can be regulated by rules of law, we cannot monitor every individual’s behavior and we cannot have every potential violation investigated and sanctioned. An economic point of view is insightful here: rule-making and rule-enforcement, like any other public good (such as national defense), require the appropriation of a limited government budget. But also in this respect do enforcement and ule-making differ essentially. Enforcement involves variable costs: every hour for an officer or organization to enforce substantive legal rules involves an additional appropriation of public funds. But whereas the costs for enforcement are variable, the costs for substantive rule-making are fixed. Admittedly, it requires a great deal of time and money to devise rules, as laws are not made overnight and politicians and lawyers require a wage too. But in contrast to enforcement, a substantive rule can, after being signed and having entered into force, continue to apply and function in society without extra cost. One additional hour of a norm’s continuing validity costs – in principle – nothing extra. In this context, it is worth noting that EU networks of national authorities and EU agencies with (regulatory) enforcement tasks tend to have larger (and therefore probably more expensive) operational capacities than network structures with rule-making tasks.

Because the EU and national treasuries are no bottomless pits, and because we want our governments to offer many other public goods, we cannot continuously spend money on surveilling every individual and (the consequences of) all behavior. Enforcement thus involves some distribution by the state, and that also means that some people or companies have more (or less) to lose (or gain) from enforcement compared to others. This is when political choices inevitably come into play. The problem-solving and risk-based approaches that are often utilized for the distribution of limited enforcement capacity may thus have more to do with politics than their relatively technical and neutral names suggest.

As a last thought: although we do want rules to apply universally, we do not want all behavior to be monitored and sanctioned, even if it were financially feasible. A fully external incentive to abide by the rules is at odds with an intrinsic motivation to do so, and exactly that intrinsic motivation is essential for their legitimacy. Complete government oversight easily results in a totalitarian state, in which citizens are so constrained that we cannot speak of freedom in a true sense. A recently published book gives insight into the technological possibilities to render non-compliance factually impossible; and although that is a different problem (we can no longer speak of enforcement, because non-compliance is no longer possible), this work indicates that we might be closer to the dystopia of absolute enforcement than we think. 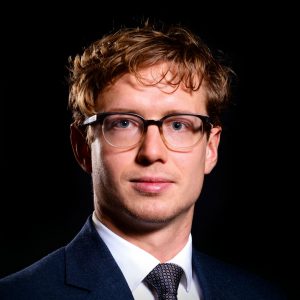