The rules on state aid have been some of the first to be challenged by Covid-19 for the obvious reason that the pandemic had immediate economic repercussions on virtually any sectors, thus requiring instant financial support from several if not all of the EU Members states (plus the UK). On the 16th of March, Competition Commissioner Vestager sent to Member States for consultation a draft proposal for a State aid Temporary Framework to support the economy in the context of the Covid-19 outbreak. On the 19th, the Commission adopted what would become the first version of a Temporary Framework (TF) that acknowledged the necessity of Member States to act swiftly and, at the same time, laid down the options available to the same Member States in terms of state aid. The word “Temporary” refers to the time limit of these measures, which will be in place until the end of 2020. The fist temporary framework was developed mainly to ensure that sufficient liquidity remains available to businesses of all types and to preserve the continuity of economic activity during and after the Covid-19 outbreak.

On the 4th of April, a first amendment was introduced to enable Member States to do whatever is possible on the research, testing and production of coronavirus relevant products. Finally, on the 13th of May, a second amendment was adopted. This introduced rather new substantive provisions, as it dealt with possible long term repercussions such as recapitalisations and subordinated debt to companies in need.

The TF acknowledges that Covid-19, in addition to being a major public health emergency, also represents a major shock to both the global and Union’s economies and that, unlike any other past crisis, it is having an impact on every single sector of the economy. The Framework, therefore, addresses an extensive range of possible state interventions: from sector-specific support to more general measures to incentivise the flow of liquidity, access to credit, and recapitalization of affected undertakings. Finally, the Framework also emphasizes that this is really not the time for a harmful race on subsidies. In the Commission’s view, a coordinated and proportionate application of state aid rules would be vital in preserving at least some level of European solidarity. The TF contains a reminder to Member States and provides them with two options. The reminder is that not every measure would need to be qualified as aid measure, since horizontal expenditures (that is, those applicable across the economic sectors) are obviously not caught by state aid control as they are not deemed anti-competitive per se. In reality, the TF exempts de facto also any grant linked to R&D projects on Covid-19 and on other research related ‘to vaccines, medicinal products and treatments, medical devices and hospital and medical equipment, disinfectants, and protective clothing and equipment, and into relevant process innovations for an efficient production of the required products.’

As for the options available to Member States for deploying aid, the TF envisages two compatible cases mainly:
a) Art.107 (2)(b) requires de jure the European Commission to declare aid ‘to make good the damage caused by natural disasters or exceptional occurrences’ as compatible;
b) Article 107 (3) allows the Commission to authorize aid to remedy a serious disturbance in the economy of a Member State.
As for option a), it is interesting to note that the Commission qualified Covid-19 as ‘an exceptional occurrence’. This is probably correct, but it also means that there is still a duty to notify the measure to the Commission whilst damages occurred because of national disasters can be exempted from such a duty under the General Block Exemption Regulation. After the notification, the Commission must always verify the exceptionality of the situation and that the following conditions are met: the damage for which the compensation is granted must be a direct consequence of the natural disaster; the aid cannot result in overcompensation for damage; and the aid can only rectify the damage caused by the natural disaster.

An interesting point to note is that the Framework further specifies how Covid-19 related measures would be applied in relation to the Rescue and Restructuring (R&R) Guidelines. According to the Commission, the principle of ‘one time last time’ would not apply to aid declared compatible under Article 107(2)(b) TFEU. The practical consequence of this specification is that Member States can still compensate the damages directly caused by the Covid-19 outbreak to undertakings that have already received aid under the R&R Guidelines.

Most of the Temporary Framework, however, is devoted to the possible use of Article 107(3)(b) TFEU, that makes aid to ‘to remedy a serious disturbance in the economy of a Member State’ compatible with EU law. The Framework, mostly based on principles developed in the context of the banking crises and by relying on a series of macro-economic indicators, lists several types of aid which would be deemed compatible if all were aimed at addressing short term liquidity issues. It mainly provides that direct grants, selective tax advantages and advance payments could be compatible and that Member States will be able to set up schemes to grant up to €800,000 to a company to address its urgent liquidity needs; the other and somehow ‘cheap’ type of measure is the provision of state guarantees for loans taken by companies from banks, and ultimately direct loans to companies – that is Member States will be able to grant loans with favorable interest rates to companies.

The TF is also well aware that Covid-19 will not only affect short-term liquidity but it may have the effect of preventing a company from making a major investment or renewing its production line and so on. Thus, in its most recent amendment, the TF allows Member States to notify even those measures that would involve the recapitalization of undertakings in basically all forms: equity (capital injections-new shares) and hybrid capital instruments (bonds). Recapitalisation however can only be granted to beneficiaries that were not in difficulty before the outbreak (31 December 2019) and would otherwise encounter serious difficulty maintaining operations. Eligible companies must also be unable to find financing from the market on affordable terms.

The TF: a first assessment

Differently from previous experiences such as the financial crises, the Commission was quick in reacting and laid down an extensive new framework in a very short period of time. Member States duly notified a considerable number of measures that were duly approved – usually in around 48 hours – by the Commission. Some concerns have been expressed on whether the adoption of the TF is actually a simple suspension of the application of state aid rules. Arguable, while some state measures are very straightforward, others are way too complex for a proper assessment to take only 48 hours. In particular, recapitalization measures are usually complex operations and tend to have also lasting effect in the segment of the affected market.

The TF attempts to provide for some ‘checks’ which are pretty robust and, from a ‘corporate law’ point of view, rather intrusive. For instance, it requires that states should lay down mechanisms as to incentivize the redemption of the state’s stake in a company or very specific parameters to fix the price of equity. Furthermore, some ad hoc anti-competitive measures are also included: the beneficiaries of recapitalisation measures cannot redistribute dividends and grant bonuses until the State is ‘out’ and as long 75% or more of the State’s recapitalisation measures have yet to be redeemed, the remuneration of the beneficiary’s management cannot exceed pre-outbreak levels. There is also a strict acquisition control rule: as long as 75% or more of the State’s recapitalisation measures have not been redeemed, beneficiaries (other than SMEs) must not acquire more than a 10% stake in competitors or other operators in the same line of business without the Commission’s approval. All these conditions are particularly rigid and it will have to be seen how the Commission decisional practice will evolve.

On the 25th of June, the Commission authorized a €6 billion recapitalisation of Lufthansa. Germany submitted a business plan of redemption by 2026. Interestingly, Germany provided that if the exit of the State will be in doubt six years after receiving the recapitalization aid, then a restructuring plan for Lufthansa will be notified to the Commission – thus making ‘ordinary’ state aid rules applicable again. The plan also included measures to preserve effective competition, such as the divestment of up to 24 slots/day at Frankfurt and at Munich’s airports.

Only time will tell if the TF will be successful in keeping spending decisions of the Member States within the parameters of fair competition and free movement that state aid control is supposed to protect.


For a more complete analysis, see A. Biondi “Governing the Interregnum: EU state aid control in times of Covid-19” in Market and Competition Law Review, 2020, forthcoming. 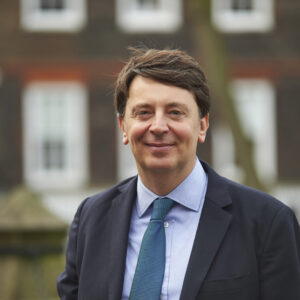