The fast-evolving security environment in the Euro-Mediterranean region has urged international, regional and state actors to engage in strategic and operational cooperation way beyond the traditional law enforcement areas. Security challenges have entailed the readiness of EU and MENA countries to work together to enhance their citizens’ security by reinforcing law enforcement cooperation through joint capacity-building efforts under the aegis of the Euromed Police projects. The longstanding partnerships, training activities, tools and mechanisms fostered by the Euromed Police throughout its past four project phases have rendered Euromed Police an acknowledged regional actor in the Euro-Mediterranean law enforcement environment. The tangible achievements of the project mainly lie in its unique approach allowing for different levels of involvement by partner countries and flexible geographical scope focusing on the identification of operational needs addressing concrete operational issues raised in the context of serious and organized crime areas.

What is Euromed Police?

At the crossroads between Africa, the Middle East and Europe, the Mediterranean constitutes an attractive hub for criminal networks working across borders, especially in light of the migration crisis and the rise of ISIL/Da’esh. Euromed Police IV was a regional capacity-building project coming to an end in January 2020, funded by the EU for the period 2016-2020.The project was implemented by a consortium led by Civipol under the supervision of DG NEAR, and was precedented by three previous projects that were implemented between 2004 and 2014. The overarching project objective was to increase citizen security across the Euro-Mediterranean area by reinforcing the law enforcement cooperation between regional law enforcement and security actors through tailored capacity-building activities building on the principles and international standards for good governance, democratic accountability, the rule of law and the respect for human rights. To this end, Southern Mediterranean countries (including Algeria, Egypt, Israel, Jordan, Lebanon, Libya, Morocco, Palestine and Tunisia), a number of participating EU Member States (France, Italy, Germany, Romania, Spain, Slovakia, the Netherlands), EU Agencies (Europol, CEPOL, Frontex), international and regional police organizations (Interpol, Afripol), and some UN agencies (UNODC, UNHCR, IOM) were the main implementing partners of Euromed Police IV.

What are the project outcomes?

2. Promoted strengthening of the exchange of criminal analysis and strategic information, thus strategic and operational cooperation, among Southern Mediterranean countries as well as with the EU Member States and Agencies via enhancing the sharing and analysis of strategic criminal intelligence and the use of existing channels for exchanging operational criminal data in priority areas.

3. Provided tailored capacity building in the indicated priority areas, based on the identification of needs and gaps and promoted the sharing of existing expertise and best practices. Capacity-building has taken place through the exchanges and the subsequent capacity-building actions among senior and operational law enforcement professionals from the Euro-Mediterranean region, designated by their respective authorities to participate in the Euromed training activities. At the training activities, experts delivered practical presentations about their experience and participated in field and institutional visits with fellow experts to explore the national practices of the hosting country at hand. Then, participants identified good practices and lessons learned in their work. To ensure a maximum impact of the training activities, the engagement of senior operational experts was ambitioned, and these experts were then encouraged to disseminate the best practices and lessons learned among their colleagues in their law enforcement environment. The ultimate aim of every activity was to improve the operational efficiency of law enforcement grassroots practitioners and other end users in the participating countries.

4. Led to the creation of two expert networks. The Euromed Analysis Network is composed of national experts from the national police forces of SPC countries, its members carry out operational police work and have access to relevant data on organized crime and terrorist activities in their respective countries. Network members collaborate among themselves through the Euromed Threat Forum, allowing for thematic discussions on threats and the exchange of strategic intelligence, notably via the Euromed Threat Assessments. The Euromed Capacity-Building Network is composed of contact points appointed in each SPC focusing on training and capacity-building needs assessment throughout the project and meeting regularly to discuss changing capacity needs, as well as occasions of capacity-building planning.

5. Established a number of processes and mechanisms that will continue to operate on completion of the project phase, including the Euromed Cooperation Strategy to Increase Citizen Security in priority areas, an online Euromed Threat Forum for the ongoing exchange and analysis of strategic intelligence, as well as an online Euromed Knowledge Base for the ongoing exchange of experience and development of training materials to be managed by the Euromed Capacity Building Network.

Who are the key partners of Euromed Police?

Euromed Police has collaborated with Europol (EU Agency for Law Enforcement), which advised the project team in setting up the EMTA’s methodology as well as the questionnaires and threat level indicators. Europol hosts on its secure network the Euromed Threat Forum for the online exchange of strategic information regarding criminal threats. Furthermore, Europol hosted the project’s launching conference, high-level meetings and meetings of the Euromed Analysis Network, as well as it provided a significant contribution to the delivery of the first Euromed Threat Assessment, a detailed analysis of serious organized crime and terrorist activities in the Euro-Mediterranean region, identifying needs and gaps in criminal intelligence knowledge and analysis. With the EMTA, the project offered an analysis tool that helps the Euromed law enforcement community to make informed decisions and facilitates the co-operation with EUROPOL in the field of serious and organized crime and counterterrorism.

Euromed Police actively contributed to the establishment of CEPOL’s long-standing strategic partnerships in the Euromed region, especially for Euromed training activities. Also, the so-called ‘exchanges’ implemented in the framework of the Euromed Mobility Scheme were directly inspired by the idea of CEPOL’s Exchange Programme. They constituted the first step of the training cycle bringing together experts from the participating EU/SPC countries to identify main knowledge gaps in each of the core priority areas of the project in the form of residential training activities. Residential training activities were complemented by field and institutional visits to enhance participants’ practical understanding of interesting good practices identified by fellow law enforcement professionals of the host country while carrying out their work. Then, more targeted capacity-building actions were organized based on the results of the preliminary exchanges to address the identified gaps in each core priority area of the project. In the end, participating experts could access training materials that were developed based on the implemented training activities via the Euromed Knowledge Base (EKB).

Furthermore, INTERPOL also provided valuable support to the capacity building efforts of the project, while enhancing the use of Interpol’s databases in the SCP countries.

To conclude, the project aimed to bring the Euromed law enforcement cooperation further through working towards a strengthened, friendly and trustful environment for law enforcement actors operating in the Euro-Mediterranean region, allowing for mutual trust and cooperation based on equal partnerships and commonly identified shared interests. Through its particular approach the project did not only improve expert dialogue on law enforcement challenges in the Euromed region but also promoted technical, operational and strategic cooperation, engaging SPCs in the creation of permanent structures that will help them cooperate with EU agencies in a more coordinated and structured way and on an equal footing with EU countries. Thus, the Euromed Police IV project proposed a unique and integrated model for cooperation where SPCs were actively engaged in shaping and building their own model for cooperation and thereby a regional cooperation framework to strengthen security in the Euro-Mediterranean area. From an EU perspective, the project greatly advanced the implementation of the European Agenda on Security committed to enhance the prevalence of human rights, legal approximation and administrative reforms in neighbouring countries through a targeted, dynamic and functionalist approach. To uphold the achievements and sustainability of the capacity-building efforts made by Euromed Police IV, project continuation shall be key.

Any views expressed in this article are solely those of the authors and do not represent the position of the European Union. This post summarizes some of the key findings of an in-depth study reflecting on the Euromed Police IV project which will be published in the EU Law Enforcement Research Bulletin in autumn 2020. 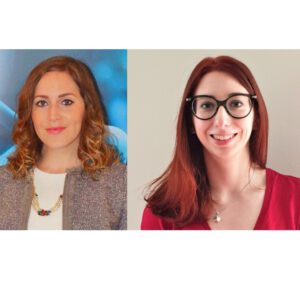 Katalin Berényi & Zoé Freund
Katalin Berényi, Ph.D. works as Key Expert IV within the Euromed Police IV project team in charge of the planning and facilitation of Euromed capacity-building events and the direct implementation of the Euromed Knowledge Base while deployed at CEPOL in Budapest, Hungary.

Ms. Zoé Freund acted as Project Assistant and currently as Operations Manager within the Euromed Police IV project team based in Brussels, Belgium.

Katalin Berényi, Ph.D. works as Key Expert IV within the Euromed Police IV project team in charge of the planning and facilitation of Euromed capacity-building events and the direct implementation of the Euromed Knowledge Base while deployed at CEPOL in Budapest, Hungary. Ms. Zoé Freund acted as Project Assistant and currently as Operations Manager within the Euromed Police IV project team based in Brussels, Belgium. View all posts by Katalin Berényi & Zoé Freund