European Union agencies have recently been highlighted as key sites for enabling future European law enforcement after Brexit. By operating as ‘nodes’ in trans-European scientific and policy networks, they provide a route to EU law enforcement in ‘third countries’ who wish to integrate with EU regulatory standards without full EU membership, creating ‘regulatory harmonisation’. There is an obvious link here to the potential to enforce regulatory arrangements and ensure ‘alignment’ following March 2019. However, ‘agencies’ have very different forms and functions. Some have hundreds of staff, are based in glamorous offices across the Union and have quasi-‘hard’ regulatory powers. Others have a couple of dozen staff and provide a discrete service to EU Directorates Generales, with more of a ‘soft’ monitoring role.

While studies of EU agencies are widespread – covering their legal responsibilities, autonomy, and accountability relationships – these generally consider the agencies as subjects being held accountable, and take homogenous datasets accounting for the ‘population’ of agencies as if they are all comparable as individual units. The key questions have been, for example, how agencies may be held to account by the EU Parliament, or agency boards, and the determinants of their autonomy. Recent studies have focused on the inclusion of stakeholders from industry or NGOs in their governance arrangements.

After Brexit, however, the agenda on EU agencies might be set to change. Rather than seeing agencies as centers of regulatory power to be held accountable, scholars and policy-makers might see them as potentially innovative entrepreneurial actors. This is because they can build bridges between EU ‘core’ institutions, member states, and the British national and sub-national regulatory actors to enforce European regulatory standards through ‘soft’ mechanisms even once the UK leaves the Union, as is the case with other ‘third countries’ like Turkey and Switzerland.

Entrepreneurship is a slippery concept that is usually applied to the private sector. The idea when referring to public policy is often applied to lobbyists or ‘issue’/’norm’ entrepreneurs interested in pushing a policy agenda. It has also been applied in the international sphere to refer to forms of ‘private’ governance like UNESCO or private certification schemes that need to make themselves known and respected among a range of private companies, to be effective.

The link to Brexit should be obvious here. EU agencies could act in an entrepreneurial way by mobilising a diverse range of networks – from scientists and experts to sub-national governments, industry, NGOs, and even local communities. They may identify and come up with arrangements for keeping regulatory accountability processes and reporting mechanisms aligned in policy areas where there will be ‘gaps’ following Brexit. For example, the European Aviation Safety Agency may work with the UK’s Civil Aviation Authority, flight operators and passenger safety organisations to set up arrangements to continue carrying out ‘ramp inspections’; common procedures currently in place for checking the safety of aircraft across EU member states. Given that EASA currently maintains a database of these inspections, and reports non-compliance to the European Commission, as well as working with current ‘third countries’ to ensure their compliance with very similar standards, it is well placed as a conduit for ensuring inspections continue, and are reported to a relevant authority.

My research maps out the potential of EU agencies to act in this capacity by analysing their capacity for ‘political entrepreneurship’. It identifies four forms of entrepreneurship including ‘technical-functional’, ‘networking’, ‘insulating’ and ‘politicised’. The idea is that agencies act as entrepreneurs by spreading ideas and norms about good practice in enforcement across relevant industries. However, their capacity to do this is highly differentiated and linked to their salience within the media and Parliamentary debates. They hence adopt more or less constrained forms of entrepreneurship. In the context of Brexit, EU agencies may be able to act in concert with other enforcement actors to monitor and take action on developments in accountability arrangements to alert relevant private or public actors in the UK (or the EU) that they need to take action in the context of reporting, discussion and sanctioning capacities being eroded by Theresa May’s UK government.

Air Pollution as an example

One way in which EU agencies might act as accountability entrepreneurs in the case of Brexit is to collaborate on specific policy issues. Air pollution is a key issue where regulatory standards are in danger if the UK crashes out with a ‘no deal’ arrangement. Moreover, even a ‘standard’ regulatory arrangement based on the Swiss, Canadian or Turkish models of alignment will leave a number of current emissions limits vulnerable to significant modification and even scrapping altogether. A recent report detailed the scale of the challenge in this area, summarising the variety of areas of environmental governance needing to be implemented into UK law:

All of these areas relate to air pollution levels, and coordinating new ‘deals’ in a formal sense between the UK and EU will take many years, if not decades, beyond the official Brexit date. As such, there is a need to take action that provides a way of informally filling the gap while policy-makers thrash out more formalised arrangements – entrepreneurialism is called for.

The current arrangements see the European Environment Agency act as a monitoring agency, measuring pollution levels across the Union and relevant third countries and distributing recommendations and findings to the Commission, Parliament and member states. It organises EIONET, the European network of environmental NGOs, scientists, companies and other member state organisations coordinating environmental regulation and enforcement. In the context of Brexit, the EEA could potentially take up a role as an ‘accountability entrepreneur’ by rallying actors in the UK and like-minded sub-national governments (like Scotland) to continue the same levels of monitoring and reporting that the EEA currently ensures. This takes the form of a programme of scientific monitoring and assessment, including Airbase, a multiannual time-series database of air quality measurements, a real-time air quality map, and a range of technical reports. While EEA only does this for EU countries currently, it may work with stakeholders to ensure such a monitoring regime is maintained after Brexit occurs.

If responsibilities for monitoring and reporting on air pollution levels slip through the gaps once regulatory responsibilities transfer to the UK level, then a vital source of evidence to enable enforcement of air pollution outcomes may be diminished. Currently, the UK is facing the threat of fines for exceeding air pollution limits in cities like London because the European Court of Justice is able to issue fines for exceeding air pollution limits. If this mechanism is abolished – either by intent or mere accident of the complexity of the Brexit transition – then a significant mechanism for accountability will be lost and environmental standards will suffer, despite assurances to the contrary by the UK Secretary of State for Environment, Food and Rural Affairs. This is an issue for both the UK and EU – air pollution is a transboundary threat, which cannot be ignored on either side. 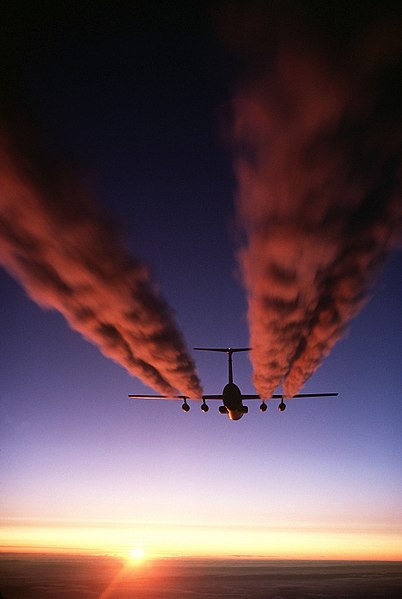 How to become entrepreneurial?

EU agencies have potential to be accountability entrepreneurs and enable EU law enforcement after Brexit because they operate at the nexus between core EU institutions, national governments, and wider stakeholders and communities. However, the amount of resources, staff and responsibilities varies dramatically, meaning EU agencies may not have the capacity to become fully entrepreneurial. Research should therefore be attentive to the differentiated and specific context of each agency, rather than taking these bodies as single units or data points.

Moreover, policy-makers should see the agencies as potentially valuable routes to maintaining alignment and good relations with UK regulatory and enforcement actors. With that, however, they should consider that agencies require significant investment to achieve a more ‘entrepreneurial’ role. There is a reason entrepreneurship is so closely related to the private sector – corporate entities have the resources and profits (and legal autonomy) to allow them to extend their power and influence over wide jurisdictions. EU agencies, by contrast, have recently been highly constrained in their resources and capacities by cut-backs following the Eurozone crisis at the beginning of this decade. We should be careful to make sure any great expectations we have of EU agencies is met with commitments to funding and supporting their work. Enabling agencies to spread their regulatory evidence widely around different stakeholder groups by providing more resources for communication and stakeholder engagement is one example of how this could be done. Stakeholder and communications teams in EU agencies are under-resourced and only recently acknowledged as important and distinct parts of EU agency activities. But they are crucial for spreading ideas and information about accountability – which helps to stimulate enforcement. There could be no better commitment in a time when Brexit threatens good future relations between the EU and UK. 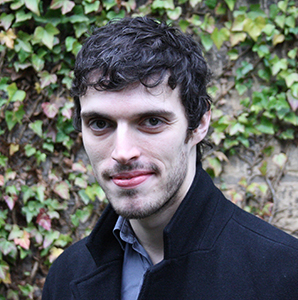 Matthew Wood
Dr Wood is an ESRC Future Research Leaders Fellow and Lecturer at the University of Sheffield, UK.

Dr Wood is an ESRC Future Research Leaders Fellow and Lecturer at the University of Sheffield, UK. View all posts by Matthew Wood