Post-accession, Bulgaria has proven to be a functioning member of the common market and has enjoyed the benefits of EU access. But while it has reaped success in the field of market integration, it has consistently underperformed in the rule of law domain. Part of the blame falls with domestic institutions and processes, but the rest seems the result of EU enforcement inadequacy. The importance of the rule of law enforcement issue is indisputable – and the recent examples of Poland and Hungary only highlight that window-dressing by governments and EU inaction can be nothing short of problematic. This blog post argues that the existing article 7 TEU and the Commission’s new rule of law enforcement toolkit, are insufficient to address these challenges. As the example of Bulgaria will show, “smaller sticks” such as temporary sanctions, appear essential to making the system more effective.

Bulgaria’s accession to the European Union (EU) in 2007 entailed the unprecedented use of a Cooperation and Verification Mechanism (CVM) aimed at helping the new Member State (MS) reach EU administrative, judicial and anti-corruption standards. This post-accession conditionality, consists of a number of rule of law benchmarks to be achieved by the new MS, which the Commission assesses. Bulgaria has shown continuous improvement in CVM reports and the Commission has shown readiness to lift the CVM. The Commission’s new Rule of Law Framework on the other hand, aims to assess, make recommendations on and monitor threats to the rule of law across the Union. At the centre of this is the Rule of Law report. And in contrast with the CVM, the very first edition of the report in 2020 gives Bulgaria what could be called a “worst of the rest” status – with the worst being the increasingly authoritarian Hungary and Poland. The findings appear irreconcilable at face value, but at the same time, both enforcement frameworks have quite a bit in common when it comes to the mechanisms used. Enshrined in the Treaty of the European Union (TEU) are the EU values of democracy, rule of law and justice, to be upheld by both MSs and the EU alike. The practical enforcement of these values within the Union however could be argued to lack “effective instruments”. The above’s relevance to the similarities between the CVM and the Rule of Law Report attempts is three-fold. Firstly, they seek to ensure that MSs are at par with the EU’s rule of law values. Secondly, both attempt enforcement only by monitoring, recommendations and benchmarks. Thirdly, there is a substantial lack of scope when it comes to the issues and variables concerned. The challenges facing the current enforcement approach and the internal problems, relating to the EU’s rule of law concept, will be examined with a few examples.

Problems Within the Legislative Branch

One of the main issues related to rule of law not sufficiently addressed by the reports is the legislature. In the law-making realm, a persistent ‘disease’ seems to be the constant change in national legislation. Between 2010 and 2018, the National Assembly has amended an average of 84 laws a year, many more than once. One of those, has been the Bank Bankruptcy Law (BBL), which has seen numerous amendments in 2018 and 2019. The latter shows a further issue with the legislative process – retroactive application of laws. The amendments in question happened about 3 years after the controversial collapse of Corporate Commercial Bank (CCB) in 2014, the 4th largest bank in the country at the time, showing a 4 billion deficit in its capital. Their effect was to retroactively rearrange lawfully concluded agreements between bank creditors and debtors around the bank’s collapse in 2014. The creditors and debtors – citizens and businesses – seem to bare the negative effects. At the time of conclusion lawful contracts have been rendered invalid and with deadliness expiring in 2015, the option to file a claim against the bank is no longer accessible. The amendments’ practical effect has thus been the bar of access to a legal restoration of lost assets and the effective repayment of debts. While retroactivity is not in contradiction with the rule of law per se, it’s use is to be exceptional and proportional, as has been recognised by the case law of both the Bulgarian Constitutional Court (BCC) and the CJEU. As a result, the BBL amendments’ violation of the Bulgarian Constitution and the rule of law principle is currently pending for review in front of the BCC. Their compliance with EU law has also been questioned, although the ECJ has dismissed a relevant preliminary reference mainly on clarity grounds. Whilst this matter has received considerable attention by academics and stakeholders in Bulgaria, the EU’s rule of law enforcement attempts seem to have remained consistently silent. They have also remained silent on another rule of law aspect – high-level corruption. Whilst both the CVM and the Rule of Law framework place a significant importance on anti-corruption, its enforcement has been limited to the recommendation of changes to the judicial system and suggestions for the improvement of the national anti-corruption watchdog. There has been no mention of political corruption, in stark contrast with public opinion (in protest form) and corruption scandals. Outside the rule of law field however, legal uncertainty and corruption pose a serious threat to the market integration project itself.

Problems Within the Judicial Branch

When it comes to the judiciary, this post’s word limits do not allow it to properly delve into the complex issues plaguing the realm – mainly the lack of impartiality and corruption. But Todorova’s article (one of few on the topic accessible in English) provides a good comprehensive overview and highlights some of the most pertinent problems in this field.

The insufficient standard of and respect for the rule of law in Bulgaria is undeniable. While the sources of the problem are in part internal, the failure of the EU’s enforcement framework requires further attention in the hope for further improvement. Beyond monitoring and issuing recommendations, the only available option are the often labeled “nuclear” art 7 TEU proceedings. Currently triggered against Hungary and Poland, they seem to be a measure of last resort. But what about possibilities in between? That is where the current EU enforcement system on ensuring the rule of law is lacking. The failures of the CVM appear to have been acknowledged – it was not used for Croatia’s accession and new candidate countries instead face more rigorous rule of law criteria pre-accession. Most recent developments, such as the disputed Rule of Law conditionality attached to the EU’s budget show growing recognition of the problem, but face potential court challenges and only address rule of law violations related to EU finances. The enforcement framework remains lacking beyond the financial field – what it needs are other smaller “sticks” before the art. 7 one, not only “carrots”. Conditionality instruments that go beyond monitoring and recommendations, such as temporary sanctions and direct EU supervision, could provide a mid-level solution to the enforcement problem and fill the gaps within the current toolkit. 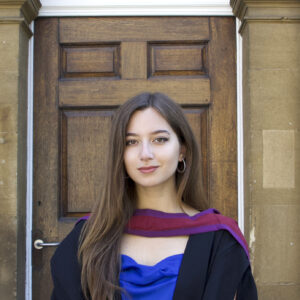