On the 11th of January 2020, judges from 20 European countries marched with their Polish colleagues through Warsaw in a silent protest against repressive new measures aimed at Polish judges. The many EU flags rising above the crowd could be seen as cries for help to Brussels. We cannot defend our independence alone, we need the EU to step in and step it up. But the EU’s current rule of law toolbox has been painfully ineffective to enforce the principle of judicial independence (JI) in Poland. Concerned about the Polish government’s judicial reforms, the Commission has used every tool in the toolbox. But, after two years of unfruitful dialogue under the Rule of Law Framework – ending with launching the Article 7 procedure in 2017 – and four infringement proceedings (and counting) later, the first edition of the new Rule of Law Report in 2020 does not paint a flattering picture of the current state of the Polish judiciary’s independence. This blog post argues that these failures were quite predictable, as the rule of law toolbox fails to put the right tools in the right hands. Notwithstanding the blame rightly put on the EU institutions for failing to make effective use of the available mechanisms, the different tools all have inherent qualities that hinder their effectiveness to enforce the principle of JI upon a Member State (MS) – especially when threats are widespread and deliberate. The new rule of law budget conditionality mechanism can hopefully offer the Commission a more powerful tool to force MS compliance, but doubts remain whether it will be applied effectively.

Why the rule of law toolbox failed in Poland

First, let’s discuss the different mechanisms launched to enforce JI in Poland. Infringement proceedings have been successful only to reverse specific measures, but fail to address the full scale of a capture of the judiciary by the executive and legislative powers. The political procedures lack the ability to impose an obligation that can actually persuade an adversarial MS government to comply with the EU’s demands. This is either because it merely allows for soft measures (the Framework) or because sanctions are reliant on broad political support amongst the MSs in the deafeningly silent Council (Article 7). An analysis of the relevant features of the different procedures offers the following tables of (simplified) results:

The procedure specifically designed in EU law to address rule of law backsliding is the ‘fundamental values’ procedure of Article 7 TEU. Under Article 7(1), a MS can be warned for ‘a clear risk of a serious breach’ of the rule of law. If a MS is found to have perpetrated a ‘serious and persistent breach’ under Article 7(2), a MS can lose both its voting rights in the Council and access to EU funds. While any MS would greatly fear these sanctions, they bear almost no chance to be imposed as they require unanimity in the Council. MSs have shown that Article 7 is too confrontational for them to handle. Poland is entering its third year of Article 7(1) hearings, and the Council has not even come close to the 4/5th majority it needs to merely state the existence of a ‘risk’ of a breach of the rule of law.

The Commission thought it necessary to create a more accessible mechanism: the Rule of Law Framework. But the Framework only offers the Commission the competence to issue recommendations on the state of a MS’s rule of law, which are then not legally enforceable. This dialogue approach arguably only offers adversarial MSs time to strategize before the EU actually intervenes. And so, after two years of Framework dialogue with Poland, the Commission concluded that their interactions ‘did not solve the detected rule of law deficiencies’. Quite the understatement, as it had concluded earlier in 2017 that during the Framework dialogue ‘more than 13 consecutive laws have been adopted affecting the entire structure of the justice system in Poland [systematically enabling] the executive or legislative powers (…) to interfere significantly with the composition, the powers, the administration and the functioning of these authorities and bodies.’

Infringement proceedings have proven to be an effective enforcement mechanism to redress a breach of EU law. CJEU rulings enjoy the highest authority and they can be enforced through lump sums and penalty payments. Effective use of procedural tools, i.e. interim measures and the expedited procedure, can allow for swift action. Contrary to the political procedures discussed above, infringement rulings have actually persuaded the Polish government to roll back some disputed measures, like the sudden lowering of retirement ages for Supreme Court judges and judges of ordinary courts. But while the Commission tends to win these battles, it is still losing the war. The cases are too narrow in scope to address the bigger picture. As long as the Commission does not pursue more comprehensive infringement actions, these individual complaints are no more than making a few successful shots at a huge battle field.

Enforcement through the wallet?

At the end of 2020, the EU adopted a mechanism to link the disbursement of EU funds to respect for the rule of law. In short, this mechanism would allow the Commission to propose the suspension of EU funds to MSs whose rule of law is not functioning, allowing corruption and fraud with EU money. The regulation presupposes that if JI is not guaranteed, these financial crimes cannot effectively be prosecuted. Can this rule of law conditionality of EU funds be a more effective tool to redress national threats to JI?

Hungary and Poland definitely felt that it could, as they frustrated the vital EU COVID recovery plan in protest of the conditionality mechanism. The suspension of EU funds can have severe consequences for especially net recipient MSs. Such financial threats have proven to be effective means to persuade even adversarial governments to comply with the EU’s demands. And contrary to Article 7, measures do not require unanimity in the Council, but the support of a qualified majority of MSs.

However, it remains unclear if the budgetary approach might undermine the mechanism’s effectiveness. What happens if the Commission finds a government culpable of undermining the independence of their judiciary, but is unable to prove substantial mishandling of EU funds? Can EU funds still be suspended?

But most importantly, a tool is only as good as the hands that wield it. The Commission will need to be determined and vigorous in its application, as the Hungarian and Polish veto has shown that these MSs will use every means necessary to block the suspension of their funding. In this regard, the new Commission has shown discouraging signs of hesitation in the past year. For months, the Commission failed to react to Poland blatantly violating the CJEU order of 8 April 2020, which granted the interim measure requested by the Commission to suspend all activities of the Polish Disciplinary Chamber of its Supreme Court. Instead of returning to the Court to request it to fine the Polish government for ignoring its order, it let the Polish government continue to harass members of the judiciary, only to wait until December to adopt an additional letter of formal notice in connection to its pending action against the so-called “muzzle law”. If this in any way foreshadows the Commission’s approach with the new budgetary mechanism, it paints a grim picture for judicial independence in Europe. 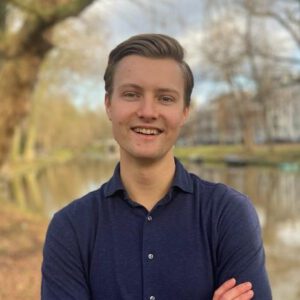 Kas Bakx
Kas is currently working as a legal employee at the Information Centre of the Electoral Council of the Netherlands, in preparation of the 2021 parliamentary elections, and he is the 2020 JMN EULEN Master Thesis Award winner.

Kas is currently working as a legal employee at the Information Centre of the Electoral Council of the Netherlands, in preparation of the 2021 parliamentary elections, and he is the 2020 JMN EULEN Master Thesis Award winner. View all posts by Kas Bakx