The European arrest warrant, now in force for nearly two decades has continued to show success in the objective supporting judicial cooperation without hindering free movement within the Union. Its successes indicate what may be expected to manifest as a safer Union and safer Member States. However as with any legal instrument, particularly one implemented across 27 individual nations, its use is not without difficulties. In the spirit of the European Law Enforcement blog, this post will highlight a few of the enforcement measures, stemming from various approaches, being invoked to ensure the proper enforcement of this enforcement mechanism.

The European arrest warrant is a cross-border judicial surrender procedure which replaced the complicated and lengthy extradition procedures that existed between individual Member States. Its authority is valid across all Member States of the European Union and is issued by a national judicial authority for the surrender of an individual in order to complete a custodial sentence. The instrument includes limited grounds for refusal, as well as a check on double criminality.

Its progress has been a flagship for the harmonization of criminal law across the European Union. Among the advantages to the European arrest warrant, its emphasis on time limits helps to make transnational criminal cooperation more efficient and accordingly more effective. Though it received limited, early criticism for a lack of procedural safeguards, regular assessment ensures that its efficacy is kept in check through measures such as the Council “Roadmap for strengthening procedural rights of suspected or accused persons in criminal proceedings.

Almost a year ago to the day, Didier Reynders, Commissioner for Justice stated that, “The European arrest warrant is a crucial mechanism to ensure that the free movement of people is not exploited by those seeking to evade justice.” His words came on the tails of a Commission finding that from 2005, approximately 56,000 people had been surrendered as a result of the European arrest warrant. In addition to the satisfactory finding of the implementation and success of the instrument, certain previously identified shortcomings have been remedied, such as the lacking of proportionality checks at the issuing stage.

However despite its positive reception, there have been noted flaws to its use. The 2020 Commission report on the implementation of the European arrest warrant found that though all Member States had fully transposed the Framework Decision, certain national implementing measures exhibited issues of compliance. These include non-observation of time limits as well as Member States’ apparent pressure for additional grounds for refusal. In addition, as the number of preliminary references to the Court of Justice increases, as well as a recent series of relevant judgements, Member States have lagged in their modifying legislation.

In response to its findings, the Commission continues to monitor the implementation by Member States through various means, such as through the organization of experts meetings, intended to offer to support with practical operation of the Framework Decision. In addition, last year a coordination group was established to support the exchange of information and cooperation across a range of actors. However should non-compliance continue or worsen, the Commission reserves the ability to take appropriate infringement measures under Article 258 of the TFEU and has expressly intonated its use of the reservation for the European arrest warrant.

In mutual evaluation procedures, the European Council has also found the status of the European arrest warrant to be satisfactory and further makes the following recommendations as areas for improvement:

In addition, the Council has highlighted the importance of digital solutions to maintaining a streamlined surrender process, so to ensure the smooth delivery of justice, but also to ensure health and safety in times such as COVID. Its mention of digitization is followed by warnings on the necessity of proper safeguards to accompany the enhanced reliance on digital tools (point 5).

There is no doubt that the European arrest warrant is here to stay. Its use is commonly cited as a success story of a legal instrument which embodies the principle of mutual recognition. If statistics are any indicator, the use of the instrument will only increase with its growing efficiency, continued cooperation in criminal matters, and the globalization of crime. It seems further apparent that as its enforcement efficacy grows, so too do the mediums of complimentary enforcement measures to ensure compliance with the Framework decision itself. As Commissioner Reynders’ comments concluded, “this objective cannot be achieved if Member States do not properly implement the instruments they all agreed upon.” His words are a direct reminder of the power and necessity of enforcement mechanisms. 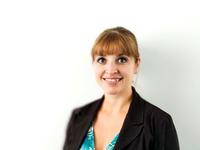 Kelly Blount
Kelly Blount is a doctoral researcher in criminal law at the University of Luxembourg, where she focuses on the cross-jurisdictional uses of artificial intelligence by law enforcement. She is a Student Coordinator for the EULEN Young Researchers Platform as well as a co-editor of the blog on European Law Enforcement. Kelly is an attorney licensed to practice in the U.S. and involved with the International Law Section of the American Bar Association.

Kelly Blount is a doctoral researcher in criminal law at the University of Luxembourg, where she focuses on the cross-jurisdictional uses of artificial intelligence by law enforcement. She is a Student Coordinator for the EULEN Young Researchers Platform as well as a co-editor of the blog on European Law Enforcement. Kelly is an attorney licensed to practice in the U.S. and involved with the International Law Section of the American Bar Association. View all posts by Kelly Blount