The 10-year anniversary of the EU Charter of Fundamental Rights becoming legally binding is due next December. This fast approaching anniversary gives us the opportunity to look back on the fundamental changes that the Charter has brought about in EU law enforcement. Most importantly it caused a change in the mindset of EU policy-makers to give more consideration to fundamental rights when making decisions. In my view, this change towards a more rights-based approach is yet to be fully translated into the daily work of national and local law enforcement actors. I am convinced that progress can be made by training national and local law enforcement to adequately respond to interconnected security and fundamental rights challenges. However, police officers now generally have limited access to non-core fundamental rights education. Therefore, in my post, I will explore why police training should promote the understanding of police officers that a rights-based approach does not limit policing work but underpins its legitimacy in society, decreases the surfacing democratic deficit in EU law enforcement and helps to build bridges with and among citizens and communities in Europe. In light of the turbulent events that occurred recently in Europe and that have fundamentally changed the EU’s security environment, understanding the need for and potential of better fundamental rights education of police officers seems more timely than ever.

What is a rights-based approach?

A rights-based approach may be seen as a conceptual framework based on international human rights standards that also reflects on inequalities and that addresses discriminatory practices. At this point, an important distinction must be made between fundamental rights and human rights; fundamental rights constitute those rights that are mainly ensured by individual governments at the (Member) State level, while human rights are universal and apply to each and every individual, regardless of their nationality, ethnicity, and religion.

Before the adoption of the Lisbon Treaty, no founding Treaty provided anything about fundamental rights protection in the EU, but now the EU Charter entails the full recognition of fundamental rights in the EU legal order. This change envisaged a shift towards a rights-based approach in the JHA area which was then further shaped by EU institutions and law enforcement agencies through law-and policy-making and targeted capacity-building efforts. Although this transition did not happen overnight, it fundamentally challenged the traditional approach towards policing in the EU, relying mainly on the deterrence of police presence.

The EU Charter’s human rights principles and standards must be implemented by all EU institutions and by the Member States when applying EU law. In doing so, they must ensure respect of fundamental rights throughout the EU, for instance, those relating to the freedom of assembly and association. These collective freedoms are generally upheld by the police and other law enforcement actors which justifies the policy need to explore the role of a rights-based policing in better preventing conflicts, civil unrest, and fundamental rights abuses in Europe.

History shows that upholding fundamental rights and stability go hand in hand; human rights violations may lead to conflicts and conflicts may lead to human rights abuses. In case abuses remain unredressed (including those committed by perpetrators acting in their official capacity), they might as well constitute root causes of conflicts, considering that such scenarios often relate to changes in power relations triggering feelings of injustice and discrimination. The integration of a rights-based approach within law enforcement policies may prevent such events, whereby authorities in charge of protecting citizens’ rights in line with state obligations seek to uphold the highest standards of human rights in their daily operations. They will do so even in situations of civil unrest where there is a heightened risk of abuses. The successful implementation of this rights-based approach shall be key to lasting and sustainable regional stability, as it can actively contribute to social justice by fostering dialogue between ethnic/religious groups and the state.

Law enforcement actors are widely seen as guarantors of order and security and protectors of citizen’s security and their ability to enjoy their human rights and fundamental freedoms. This suggests that fundamental rights may be considered as the basis for, and the main objective of law enforcement work. Nonetheless, law enforcement professionals acting in their official capacity in challenging situations might consider fundamental rights as a limitation to their work and thus may become perpetrators through the abuse of power. Recent examples of police abuse related to pro- and anti-migration movements taking place throughout the EU impacted the public trust in law enforcement actors. By addressing such scenarios, the EU-wide fundamental rights training of police officers would help officers to understand why it is important for them to abide by human rights standards, exercising the use of force strictly in accordance with the principles of legality, proportionality, internal/external accountability, and transparency, and to act in line with the EU’s roadmap for law enforcement operations in the JHA area. Realising this need, EU agencies have increasingly integrated fundamental rights training in police education. Looking at a concrete example, the EU’s Fundamental Rights Agency published a guide named Fundamental rights-based police training – a manual for police trainers in 2013 which foresees the enhanced integration of a fundamental rights training within police education in compliance with the EU’s goals in the field of justice and home affairs.

The rights-based approach has entailed important legislative developments in EU law. In 2011, a new EU Directive was adopted on trafficking in human beings (THB) with the aim of approximating related legislation and penalties among EU Member States, envisaging an enhanced protection of and assistance to THB victims (trafficking of sex workers, children and men for purposes of forced as welllabour). As a result, EU countries started to increasingly apply a victim-centered approach, collaborating closely with international organizations and NGOs working on assisting THB victims. This may be seen as a best practice subsequently also applied by an increasing number of partner countries in the Euro-Mediterranean region. Then the Victim’s Rights Directive was adopted in 2012 (with a transposition deadline by November 2015) bringing about minimum standards on the rights, support and protection of victims of crime. The Directive attributes tremendous importance to training in the implementation of the Directive. For instance, it provides that any official coming into contact with victims should receive sufficient training to allow them “to identify victims and their needs and deal with them in a respectful, sensitive, professional and non-discriminatory manner” (Recital 61, Article 25). In the year of the transposition deadline of the Directive, the LIBE Committee released its report suggesting important amendments to the proposal for a regulation on the extension of CEPOL’s (the EU Agency for Law Enforcement Training) mandate. It included important amendments in terms of fundamental rights, especially Amendment 1, Recital 6 highlighting the need to promote fundamental rights in law enforcement training, including privacy, data protection, and victims’ rights. Building on this momentum, there has been a greater emphasis on fundamental rights training at the EU level. CEPOL now offers a wide range of related courses, webinars, seminars and residential activities addressing fundamental rights aspects concerning (disability) hate crime, core international crimes (war crimes, crimes against humanity, genocide), gender-based violence (GBV), data protection, fundamental rights in the context of police ethics, in countering violent extremism/radicalization and in diversity management, as well as human rights mainstreaming in CSDP missions.

In addition to these truly valuable and practice-oriented courses, I would recommend to include more intercultural, gender-sensitive and victim-centered courses, providing law enforcement professionals with a deeper understanding of how to investigate particular human rights violations in a constantly changing security environment. Moreover, I find that the potential of community policing in preventing radicalization should be addressed more extensively in police education in the EU.

To conclude, in the realisation of a rights-based approach a more intercultural, gender-sensitive, victim-centered and community-based approach should be incorporated in the capacity-building of law-enforcement professionals both at the EU and national level. This will allow them to respond to contemporary security challenges in a comprehensive way while respecting fundamental rights and maintaining good relations with communities which will promote the legitimacy of police work in the area of freedom, security and justice in line with the expectations this term generally entails in the public eye.

Any views expressed in this article are solely those of the author and do not represent the position of the European Union or Euromed Police IV. 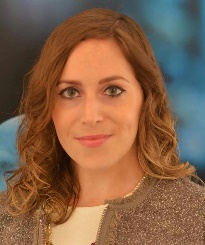 Katalin Berenyi
Katalin Berényi is a PhD candidate at the National University of Public Service in Budapest and a key expert in the Euromed Police IV project, deployed at CEPOL.

Katalin Berényi is a PhD candidate at the National University of Public Service in Budapest and a key expert in the Euromed Police IV project, deployed at CEPOL. View all posts by Katalin Berenyi