The EU has some of the world’s most ambitious and highly developed environmental laws on its books, in fields ranging from climate law to industrial emissions, water and air pollution, nanotechnology and nature conservation.

The effectiveness of these laws is, however, severely compromised by under-enforcement. In fact, environmental law has consistently been one of the EU’s areas with the highest number of infringement cases as well as citizen complaints regarding non-compliance. In its Seventh Environmental Action Programme (2013 – 2020), the EU already announced that improving the implementation of EU environmental law would be given ‘top priority’.

The risks associated with under-enforcement manifest in various ways, from reduced water quality, air pollution, biodiversity loss and more. The economic costs and benefits foregone from not achieving the environmental targets specified in EU environmental legislation have further been estimated at no less than 55 billion euros per year.

From public to private environmental enforcement?

It is clear that there are many challenges that plague public enforcement within Europe, including lack of resources and the inherent difficulty for any public authority, even if well-resourced, in monitoring precisely what is going on across its entire geographic territory.

In this context, encouraging ‘bottom-up’ enforcement by citizens and other private actors such as environmental non-governmental organizations (ENGOs) has increasingly emerged as a central element of the EU’s efforts to deal with this serious problem. In fact, the European Commission has scaled back its own public enforcement efforts while emphasizing that, alongside its preference for Member State enforcers taking a more active role, there is an important role for civil society as a ‘compliance watchdog’ supporting the European Green Deal.

With the 1998 Aarhus Convention, Europe took important steps to this effect, conferring third party citizens and ENGOs with legal rights of access to environmental information, rights of public participation and rights of access to justice in environmental matters. The aim of this Convention, as stipulated in article 1, is to contribute to ‘the protection of the right of every person of present and future generations to live in an environment adequate to his or her health and well-being’. Both the EU itself as well as its Member States are signatory parties to this Convention, and the European Commission has as said repeatedly shown support for this move to private enforcement.

To date, while certain studies have mapped the extent to which the EU and its Member States have implemented the Aarhus Convention in law, little empirical research exists on the (intended and unintended) effects of this move. Are the Aarhus mechanisms being used in practice and is this in fact promoting compliance with environmental rules on the ground? And what has been the impact of this move towards private governance on the enforcement activities of state actors?

Using novel empirical techniques and interdisciplinary methodologies, we have tried to find new answers to these questions with our ‘Effective Nature Laws’ project. This five-year European Research Council-funded project, led by Professor Suzanne Kingston of University College Dublin, has recently been concluded, providing a key opportunity to share some of our main results here and inviting further discussion.

We focused our studies on the field of nature conservation, a domain where the law and practice are perhaps most apart. With a group of lawyers, economists and sociologists, we examined how the design of nature governance laws (‘legal architectures’) affects compliance on the ground. We looked at a 23-year period, namely from 1992 (the date of adoption of the Habitats Directive – the EU’s flagship nature law) until the year 2015. We focused on three key stakeholders: ENGOs, citizens and landowners (specifically farmers, as regulatees).

With this interdisciplinary team, we applied a mixed method approach including quantitative and qualitative methods and a behavioral economics lab experiment. The original data collected embodies over 6,000 coded nature governance laws, 2000 surveys and 165 interviews across France, Ireland and the Netherlands. Through our findings, we shed new and important light on how nature governance laws have evolved over time, how they have been used in practice, and how this has impacted farmers’ compliance decisions. Alongside the short snapshot below, I also invite you to read more on our methodology and findings in our recent papers (see below), our website as well as our policy handbook.

Our project’s results show that, contrary to what might be assumed, Europe’s shift towards private governance has not been at the expense of what can be described as ‘traditional enforcement techniques’, such as strengthening of criminal sanctions and civil/administrative fines. Rather, private governance has evolved alongside traditional mechanisms, especially at the national level.

Our findings further show important differences between States’ approach to nature governance and the impact of EU law in this field, confirming that, even when Member States are themselves independently bound by the Convention as a matter of international law, important divergences between national governance laws will remain, absent express harmonisation in EU law.

Ultimately, despite all the EU’s emphasis on the Convention, there remains a strong belief (across all three jurisdictions, and all three stakeholder groups) in the central role of public enforcement by the State and/or the European Commission.

Moreover, our findings show that, contrary to the typical narrative that private enforcement enables ‘environmental democracy’, our data shows that the Aarhus mechanisms are largely being used by a sub-group of specialised ENGOs, not citizens in general. If the policy aim is to enhance environmental democracy, it would be worthwhile to also look beyond the Convention and assess other opportunities that may exist here. One could think here for instance of a consultative and deliberative citizens’ forum, encompassing environmental governance, which could embrace other stakeholders, including the State, ENGOs and farmers. This could draw from citizen deliberative models such as the Citizens Assembly on Climate Change in Ireland.

The EU has the goal to be a ‘global leader’ on climate and environmental measures, and its new Green Deal describes tackling climate and environmental issues as ‘this generation’s defining task’. It is clear that to achieve this aim, the significant existing enforcement gaps will have to be addressed. Our findings point to practical ways in which nature governance laws might be made more effective and, we hope, may also aid the development of new legal and interdisciplinary methodologies for studying enforcement more broadly. 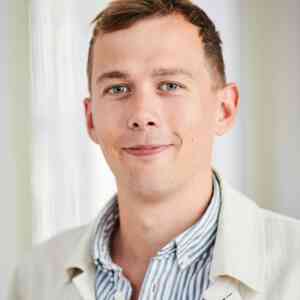 Edwin Alblas
Dr Edwin Alblas is a tenured Assistant Professor in Environmental Law at the Law Group of Wageningen University & Research and a postdoc researcher at the University of Groningen. His research focuses on nature conservation, agriculture and environmental democracy.

Dr Edwin Alblas is a tenured Assistant Professor in Environmental Law at the Law Group of Wageningen University & Research and a postdoc researcher at the University of Groningen. His research focuses on nature conservation, agriculture and environmental democracy. View all posts by Edwin Alblas